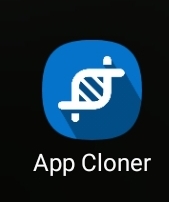 I used app cloner when my OS was android 11 and it worked very well, now mine is 12 and I have installed all possible apps that I could think of to just clone an app. It's a very simple task, but I'm really disappointed none of them works well without crashing.

The only one that "almost" works is the app in the picture above, app cloner. When I said "almost", that means the app can be opened, but when I touch/tap a certain button in the app, it force closed and there's an error notification from the app cloner. The reason I like this app, because it could allow the user to install two or more (if it's premium) apps with the different version of the very same app which, AFAIK there's no app other than this that could do so.

Is there any app such like that to do this? Or even is there a way, a very simple way to clone app with different version on android 12 without crashing? I read somewhere that this OS version android 12 has clone profile or whatever, I'm not sure what that is, and I couldn't find the article, if in case it has something to do with the cloning app, I would also hope you mention that in your answer.

P.s. I might just install this app in my virtual android emulator if there's no solution for this, but I hope you could give good news that it's still possible to clone an app with different version in this OS.

0
How to root a Samsung Galaxy Note 3 Neo bought in China?
0
How to use/install Xperia lock-screen on any Android?
0
I upgraded to a larger SD card and some apps can't see the transfered data
0
Android suddenly refuses to play ANY videos in any app on my galaxy tab s2