I updated my Motorola RAZR to ICS lately, and was using the Go Launcher Ex launcher, and when I tried to select a widget, it popped up a "Choose Widget" dialog that showed the icons, but the text was white on white background. I can see them if I select them, but not otherwise.

At first I thought this was a problem with Go Launcher Ex, so I installed the Apex launcher instead, and it's choose widget dialog shows the same white on white text again (see below).

I've tried changing Go Launcher Ex and Apex themes, but still have the issue so I began wondering if it was an issue with the underlying color palettes. I've seen a few posts about this being an issue with the "Light Theme", and they suggest choosing a different theme when you create the alert dialog. However, I'm just a user, not a developer, so I'm wondering the following:

1) Is this just a bug in Go Launcher Ex and Apex Launchers respectively, and I should complain to both of them?

2) Is there something goofed up with the color palette of my phone's light theme and I can tweak it? 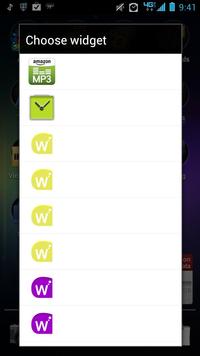 Aparently this is an issue with several of the launchers in many of the ICS builds. Will just have to wait for it to be addressed by Verizon, I suppose...

Not the answer you're looking for? Browse other questions tagged motorola-droid-razr themes go-launcher-ex apex-launcher-pro or ask your own question.