How can I study or prepare myself for an exam with the help of my Android device?

Ask Question
Asked 8 years, 7 months ago
Active 6 years, 4 months ago
Viewed 1k times
16
votes
Locked. This question and its answers are locked because the question is off-topic but has historical significance. It is not currently accepting new answers or interactions.

I want to learn a language or prepare for an exam with the help of my Android phone or tablet.

Are there any efficient and fun methods out there to do so?

I could list up a bunch of stuff here now, but that would get quite long. So let's better organize it by groups:

First, of course, there are mentioned Flashcard apps (best-rated here are probably Learn Easy and AnyMemo -- a longer List can be found at my AndroidPIT overview Vokabeln & FlashCards (Google Translate version here).

These are not only restricted to languages, as mentioned AnyMemo shows1: being able to also use images, you can use it for everything -- think e.g. of images of molecules, electronic wiring examples, and others. 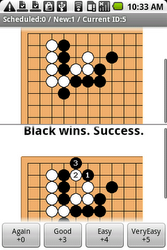 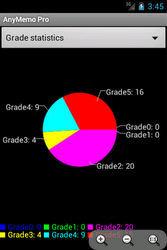 Second, there are the "big language guides" -- again I can refer to an overview at AndroidPIT: Sprachführer (and the Google Translate variant here). Though this latter mainly addresses German native speakers, the end of the list has some generic hints. 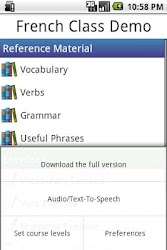 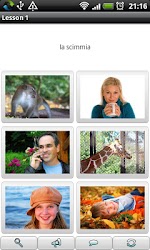 While FlashCards & Co focus on learning words, the more complex language guides also cover grammar and complete phrases. I guess best is to use a combination. As for the FlashCards, any solution should do: they are mostly not language specific. Other with the language guides, where it lies in the nature of this type that it has to be specific at least to the target language you want to learn. Examples here include French Class Demo3 and Italian in a Month Free4.

A third category should not be forgotten to mention here: Get yourself a good eBook Reader, and add some books to it which are written in the language you want to learn. I recommend Moon+ Reader5 here, which already includes a huge Online Library list for multiple languages (which actually is sorted by languages even), so the reader immediately has some ressources at hand. Having trouble with some words while reading? Simply long-tap the word to open a dictionary -- either online translation, or an offline dictionary like Fora or ColorDict6, which both can deal with StarDict files saved on the sd card. Being able to mark and even annotate with Moon+ Reader (see the picture5), one could also use this app for other subjects/classes. 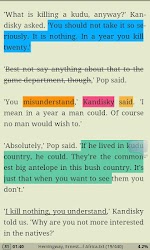 Number four now should be obvious: There's that Youtube app one could check some language specific movie[clip]s with. Or get some other movie player (MoboPlayer probably being a good choice), plus some videos in the targeted language.

Guess number 5? Right: Music. There are plenty of music players around, and songs to pick. Repeating them over and over is baking some phrases to ones brains :) Beside this fact, there are also some audio books and language-learning audio files around.

So far on language-learning -- but your question was not restricted to that, as I just notice. So let's go for some more possibilities -- pointed out in the AP overview Formelsammlungen & Referenzen (Google Translate: formulas & references). There are tons of references for chemistry, like e.g. the very famous Merck PTE HD (periodic table)7, mathematics calculation helpers and references like e.g. Mathematics8, physics references, electronics, stuff for engineers... So learning is clearly not restricted to languages. 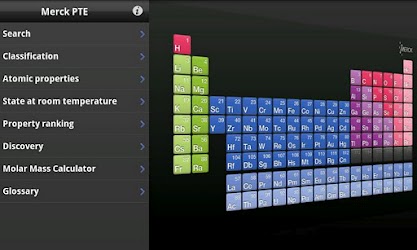 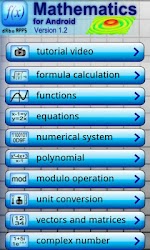 Learning for school or study? Multiple subjects to cover, and courses to keep track of? This also can be covered using your Android smartphone or tablet. The AP overview dealing with this would be Stundenpläne und Schul-Organizer (Google Translate: school organizers). From simple timetables like School Schedule9 to just keep track of what subject is running when and where, to apps also keeping track of related tasks and even silence the device during classes (e.g. My Class Schedule -- note the tiny numbered boxes on the blue items in the screenshot10, which indicate connected tasks), you can find many solutions. 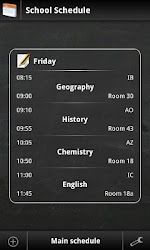 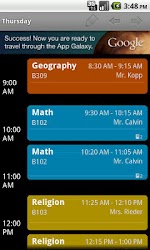 To sum up: There's a lot of stuff you can pre-load to your tablet -- and then use to learn on-the-go.

Flashcards are a great way to study. I can recommend Anki and Ankidroid (Google Code Project Page) for Android. It's fun to use and really efficient. There are even existing card decks from various topics that you can use to learn, extend with information and then share again to the community.

Check with your local Public Library (talk to your librarian). Many offer research apps, or free access to language tools. My library gives me free access to Mango Languages for example. Unless they are very small they will likely have a ton of other resources educational and informative as well.

If you are in the US, you might look up semi-local libraries in the same state. Most libraries in the US will give cards to anyone in the same state. If the library has useful apps available for free, they'll likely also have a good web presence that will tell you what you need to do to access the apps (probably just have a library card) and what you need to do to get a library card.

For learning a new language, Pimsleur and Rosetta Stone approaches are considered to be widely accepted (can't avoid Weasel words).

I've used both in computer and I am glad to know that Rosetta Stone has an android app named TOTALe for this purpose.

While Pimsleur's approach involves listening to audio and referring PDFs, this approach can work out on any device.

Where as Rosetta Stone's approach is little bit interactive and can be done only through an application.

Learning a language could be really fun if you could snap a photo of a word in your native language (I've only tested to translate from English -worked- and from Arabic -didn't work-) and find a translation quickly to another; for that I found Google Goggles ; a convenient solution that also doubles as a QR-code reader (requires Internet access). Google Goggles only makes out the words in the image taken, and thus you would need to also install a translator Google Translate to direct your image's text to for translation (I presume it isn't narrowed down to only Google Translate, of that however I am unsure).

Also organizing to-do lists could be nicely done on tablets/phones. Wunderlist is my current choice to managing to-do lists, since it has both a chrome add-on (found here) and a mobile app (here's the link to that on Android). It helps you categorize your to-do's through separate lists, prioritize to-dos (only 2 priorities: either important by clicking on a star, or normal priority), and easily view/add tasks for nearing times, such as "Today", "Tomorrow" and "Next 7 days". You need internet connection for syncing.

Of the most obvious features for a tablet (or phone) is to have any needed reading material on the go, and easily accessible. If however you're reading from your computer, it could be more convenient to have a remote to help you navigate through your documents/presentation slides; reading easily without having to reach out for the keyboard. Although this might seem as lethargic behavior, it could be used to the contrary of purposes; for example using a treadmill while flicking through presentation slides or perhaps rehearsing a presentation (where there would be someone assisting with the slide navigation) without the need to reach out to the keyboard/mouse. Such apps would need wireless connection (WiFi and/or bluetooth; I think it varies- I haven't tried out remote apps much). The remote app I've recently came across is Unified remote for which you should need to download a server on your computer (it also has a portable version). I haven't quite tried out this remote (or others), so cannot give a review.

Check this app for vocab building(English)...

Description: Word Learner helps you build and retain a strong vocabulary. Prepares you for competitive exams like GRE, CAT, CMAT, XAT, SAT, GMAT..etc. This free app has the following features: 1.A collection of 380 words categorized as Beginner/Expert.

2.Filter-Based Search Mode.(similar to a dictionary)

3.Daily Word Notifications- No more widgets required, instead get notified with a new word daily.

5.Test Mode - Test based on the words learnt by you.

7.Statistics regarding your performance.

8.Integrated with Wiktionary - Long press a word to get more details about it like Etymology(i.e word origin).

1
Are there any apps for advanced Japanese learners?
0
German lessons in an Android device

16
How can I run Android applications on my PC with the Android emulator?
8
How to make run only a single application with all other application stopped?
2
Can I run Ubuntu desktop x86 applications On Ubuntu For Android?
1
How can I sort / specify separate storage locations for my audio files?
1
How can I get the apk file of an app?
3
How to install python in android rooted device?