What does it mean to "brick" your phone?

I'm considering unlocking the bootloader on my Verizon Galaxy S3 (SCH-I535). However, a guide I was reading made this statement:

Once you have unlocked your phone’s bootloader using this app, you must not receive any over-the-air (OTA) updates or via Samsung Kies. Doing so will result in bricking your phone.

I understand that bricking a phone means rendering it unusable, but does this also mean unrecoverable? When a phone is "bricked", does that mean it is virtually impossible to restore it to a working state?

I'm a little concerned about the risk if that is the case.

The term "brick" usually refers to the stone, which means: "device can only be used as paper-weight". Taken literally, there's no way to "unbrick". 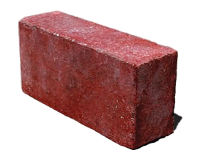 However, you also find terms like "hard-brick" and "soft-brick" used, which makes the term "brick" less absolute: A soft-brick is something you easily can recover from (count it as a "temporary paper-weight"), mostly by software-based solutions (e.g. re-flash your phone) -- while a "hard-brick" is rather meant in the way the original term points to.

Still, technically spoken, even a "hard-bricked" device could be "unbricked" -- but mostly this is more expensive then getting a new device.

As for the warranty declaration you quoted: For a normal user, it's almost impossible to (hard-) brick his device. Even when flashing a custom ROM, this can rarely happen, as there are many security-layers involved. Almost always you can boot your device into some fall-back mode where it is at least recognized by some "flashing software", so you could simply flash another/the original firmware back. Which means, the risk you are taking is to "soft-brick" your device1. A "hard-brick" is quite unlikely with "normal operations" like rooting or flashing custom ROMs.

1 I just learned: "Unless you've got a Samsung device and used the software recommended by Samsung". So better don't use Kies etc., but rather Odin, just to give an example.

Brick is a much-hyped word that gets bandied about without understanding what it is.

There's two types of brick, hard and soft. Let's go through this to make the distinction clearer.

With those two separate forms of brick, it is generally speaking, a scaremongering tactic.

The one pure simple reason why carriers do not recommend unlocking the boot-loader, is not just for the warranty. It's more down to the fact, if the handset ever gets stolen, then unlocking the bootloader will wipe everything, and reinitialize the handset to factory state, thereby all your contacts, call logs, messages and apps gets wiped cleanly. Also, this is to reduce the amount of support in the carriers, with people calling in or ringing up the technical support, "What happened with my handset - I did something and lost my contacts?"

Just to finish off this answer, you can revert it back, by relocking the bootloader at a later stage if you wish, that is in the event the hardware got damaged and hand it back in for repairs.

Not the answer you're looking for? Browse other questions tagged samsung-galaxy-s-3 bootloader unbricking .

0
Define the term: brick
8
Bootloader/BIOS, flashing ROM and correlated risks. Why Android devices are more brickable than PCs?
3
Can I flash another modem firmware from a CWM recovery (and not touch the main installed OS otherwise)?
2
How can I root the Micromax A110Q
1
Is it a hard brick?
0
Nexus 7: does ruining the bootloader hard-brick the device? Or is there still a chance to recover?
0
What are the causes of an android phone bricking?
1
Bricked the phone by wiping every partition in TWRP
1
Hard brick phone exchange and deleting data
0
How to unbrick Sony Xperia C2305?
See more linked questions

5
What does HBOOT mean?
0
Installing Google Now on Verizon Galaxy S3 (SCH-I535)
1
What does this icon mean, in the stock messenger app?
0
Is it possible to compleately and utterly brick a phone with no chance of repair?
1
Did the "stop" command brick my phone?
3
Galaxy What does 'Secure JTAG Disabled' mean?