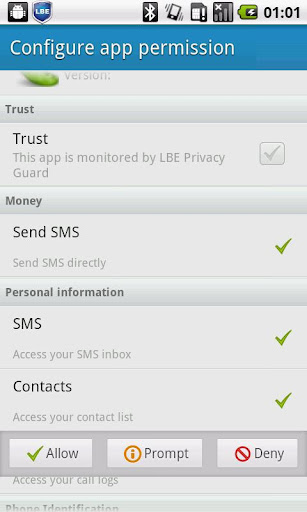 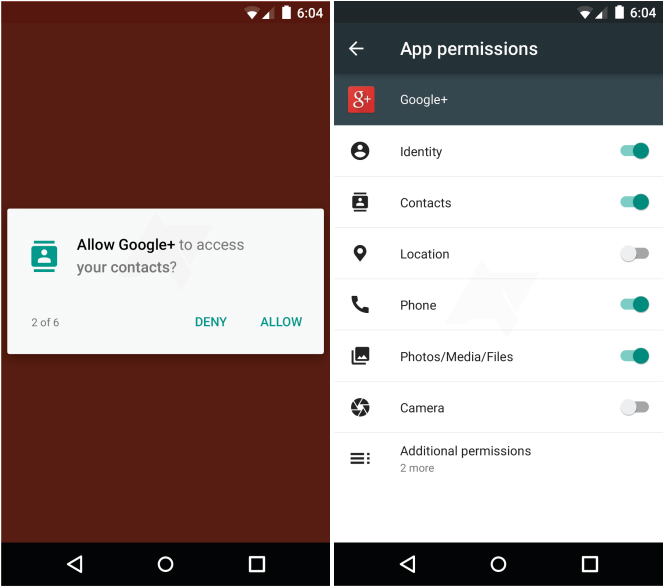 3
Setting custom permissions per-application
1
How can I prevent an APP from using my phone's camera
1
How can I control the permissions an app has if I am on a rooted android?
0
How to revoke permissions from applications?
0
apps wanting setting control
90
Why do so many applications require permission to read the phone state and identity?
59
Are there any tools to sandbox a malware application even more than the granted permissions on Android?
8
Revoke App Permissions Without Root?
8
Android permissions confusion
8
Is there a service that rates app security/permissions?
See more linked questions

8
What does Skype use all those permissions for?
0
detect when application using permissions ~ Android
0
How to avoid leaking private data to apps without rooting my phone?
2
Is it possible to run android without a screen on plain phone mainboard?
0
Can application see all WIFI SSID?