Can you suggest a solution, or a browser, which supports this feature?

Opera's mobile browsers are the smart choice for browsing on expensive wireless data plans. Using Opera Mini or Opera Mobile to browse the web with your mobile phone can save you money on your phone bills, by reducing your data usage substantially. Opera Mini uses only a tenth of the bandwidth of other browsers, compressing webpages by up to 90%. With Opera Mobile, turning on Opera Turbo compresses data by up to 80%, or leave Opera Turbo off to get full website data, as you would on a PC. 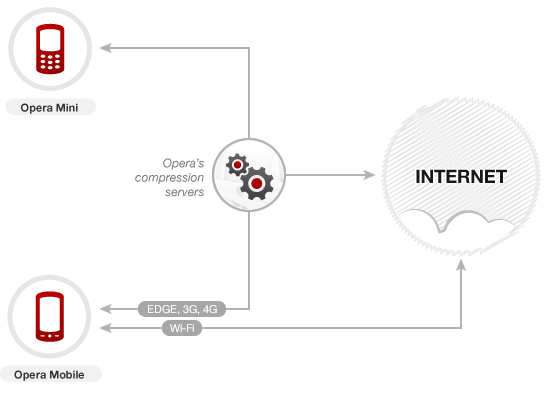 Additionaly, of course, they allow to turn off images via settings.

At Firefox Android Add-Ons, there is a recent add-on that is just what you want:

Speed up browsing on mobile connections and use less data by blocking all images. Working on images defined in HTML, CSS and JavaScript. 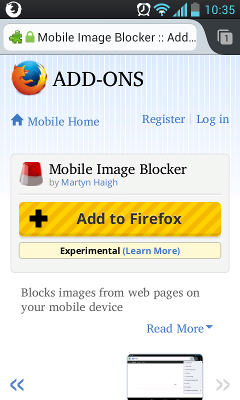 this feature is now available in Firefox Nightly but will be shipped in 45/46: https://bugzilla.mozilla.org/show_bug.cgi?id=1170725

If you always want Firefox to block images when using mobile data then you can set it in the menu: Settings → Advanced → Show images → choose Only over Wi-Fi or Blocked. This is however tedious if you often quickly want to turn this option on or off.

As far as I know, there‘s no working add-on for Firefox for Android (Fennec) 67.0 at the moment (the mentioned addon Mobile Image Blocker is not compatible anymore since quite some time).

However, there‘s Firefox Lite as an leightweight browser app for Android (seems like it was called Firefox Rocket formerly). Apparently it‘s currently only available in some asian countries through Google Play, but you can also install it via F-Droid from anywhere in the world (either install F-Droid or manually download an install the Firefox Lite APK file from the F-Droid website). It has an easily accessible option for enabling and disabling blocking images. In the current state it‘s lacking some features like linking it to Firefox Sync for syncing bookmarks for example. Overall it‘s still a good option to reduce traffic when surfing the web on the go.

Not the answer you're looking for? Browse other questions tagged firefox data-plan bandwidth or ask your own question.