What is "USB storage app" under Storage of App Info?

I guess you have to read the "USB Storage App" as the USB storage used by the app itself. So the code of the application.

However, upon further inspection I realized that on my Samsung Galaxy SIII I don't have an external SD card inserted, and despite this, while none of the applications listed under Application manager -> SD CARD have the SD card app field displaying anything but 0.00B, the example below, and many others, shows that SD card data is nonzero even though I don't have an SD card (click the image to enlarge): 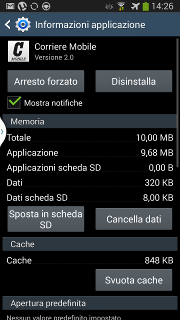 So, the only thing I am able to conclude is that these values are not the number of bytes taken up by the application and its data on internal and external storage, but rather how the data would be distributed among these four locations should the user decide to transfer the application to the external SD card (and some portions would still need to reside on internal storage for technical reasons).

Also note that on my device the field names are different. What on the original poster's post is called USB storage app on my system is called SD card app, very confusing. 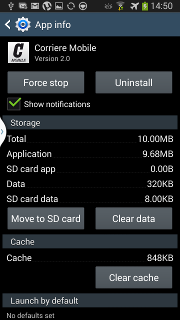 And just as confusing is the fact that when I change the UI language to Italian, what in English was called "SD card app" now becomes "SD card applications" (applications: plural), which means not even the people that localized the system could figure out what these fields represented.

"USB storage" is the "internal" SD card i.e. the partition on the phone's internal memory that is treated like an SD card for general data storage.

The latter is where the stuff moved via "move to SD" or "move to storage card" gets put.

As for why it does this, Android's system for storing app stuff in user storage hasn't caught up with the concept of having more than one section of user storage.

It seems to be the .android_secure folder on your SD card.

Not the answer you're looking for? Browse other questions tagged 4.0-ice-cream-sandwich usb-storage or ask your own question.

7
How do I disable background data in Ice Cream Sandwich?
12
How can I get rid of the low disk space notification?
4
Link2SD not working completely
2
Can't sync appointments from server to phone
0
"Low on space" message on an android tablet
1
Applications installed get deleted after connecting USB to PC
2
Android shows missed calls even after open
0
Apps do not exist on moving them to SD card on Tab-1030
0
How Can I Format My Internal Storage?