How can I geo-tag a photo after I've taken it?

(For when automatic tagging fails)

Actually I found such an app, after a fair bit of searching.

Currently you can't look up locations via an address, so it only really works for nearby locations, but that's still better than having to edit images on a PC, IMO. 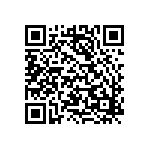 If you know where the photo was taken then a desktop app that lets you edit the picture's EXIF info, like Microsoft's Pro Photo Tools, will let you add a Geotag later. In Pro Photo Tools it's as easy as using the built-in Bing map viewer to put a pin on the map, no need to mess around with latitudes and longitudes if you don't want to.

As for editing on the phone, I can se a lot of apps that let you view or erase the EXIF info, including plotting your pictures on maps, but can't see one that lets you add this info on the phone.

You could use something like GeoLogger to log your position on the phone, so that you can use that later on to add to photos if they haven't been properly geotagged.

On Android you can use the free a Photo Manager/a Photo Map/androFotoFinder app:

The app is available via f-droid.org installer or as apk internet download but not on google play store.

Not the answer you're looking for? Browse other questions tagged geolocation photos or ask your own question.

18
How can I make my photos automatically geo-tagged?

9
Geo-tagging DSLR photos with Android
8
How can I add a photo to a contact?
18
How can I make my photos automatically geo-tagged?
7
Not enough time for GPS lock for geo-tagging when taking a photo
2
How can I easily tag a photo I am previewing?
0
How to watch photo sphere taken on another device offline on android?
0
How can I prevent unrecoverable photo deletions on Android without a cloud service?