I'm trying to display my phone's screen on a monitor. Landscape works correctly but when I flip to portrait the screen fills a small portion in the middle of the screen instead of changing orientation. I plan to turn the monitor sideways to display the device screen and lock it in portrait. Has anyone come up with a way to change the orientation? I'm using the netgear ptv3000. I'm considering purchasing the allsharecast hub, but I'm not certain that will work either. Thanks!! 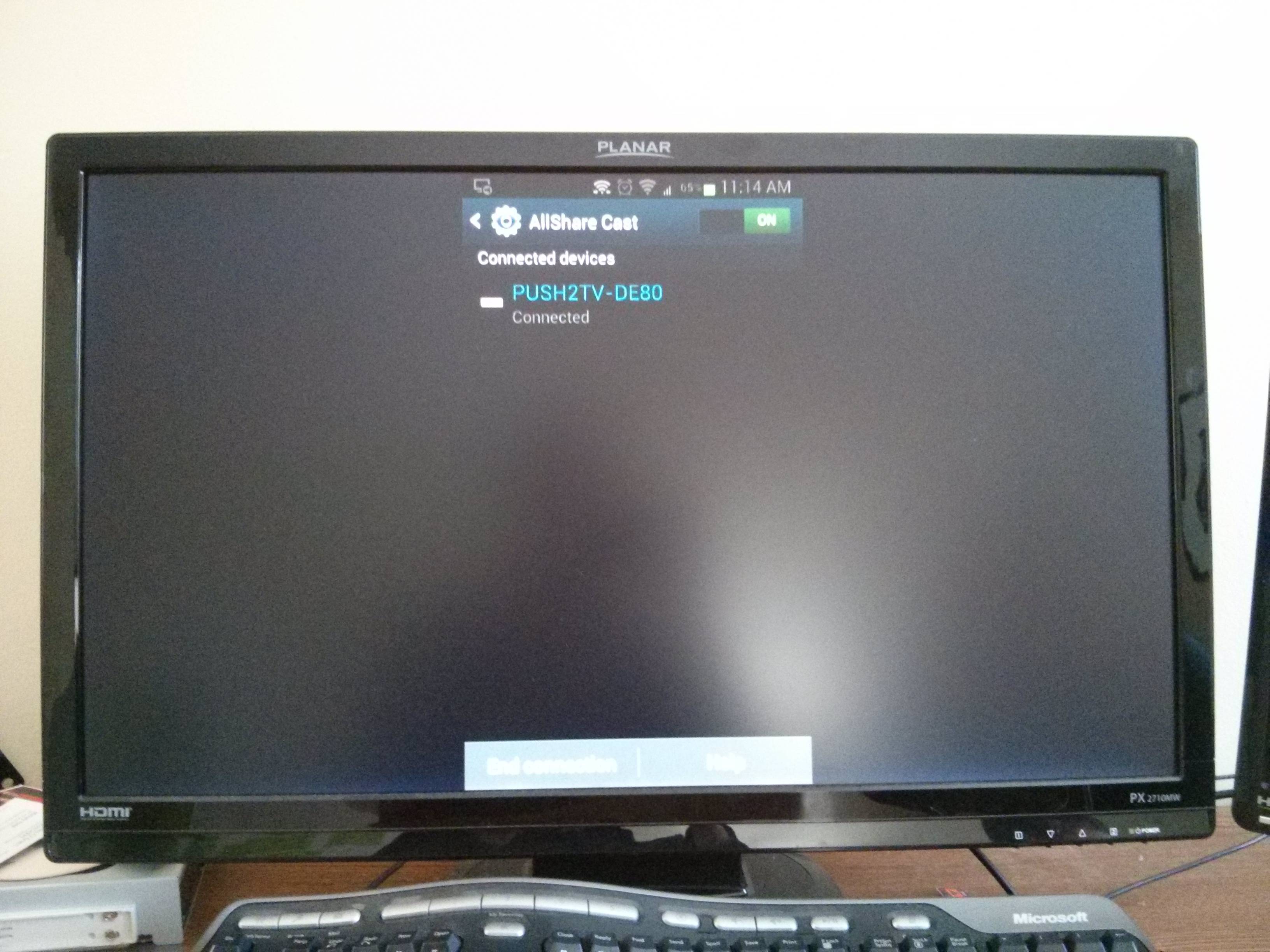 I am sorry to have to tell you this, but this is not possible.

The OS outputs the data to the screen, and the screen follows this. When the device is in portrait mode, that is what the device outputs - as the screen has wide space, it fills it with black bars.

This is the same for the iPad's (I know, I hate them as well) with their screen connectors - if the iPad is in portrait mode, then the screen sits in the middle of the screen.

Think about it, if you were to stretch that screen on the handset when and only if, plugged into the TV set, it would look hacky and awful at worst!

All in all, it may be do-able, but having to reserve memory for the "stretched" resolution, say, for example, 800x480 resolution, Portrait mode on WVGA, 480x800, Landscape mode, 800x480, using that one singular frame-buffer device.

Have a mosey around in the kernel configuration as there may be something in there for Media/TV capture...? as for the actual app within Android itself, have not seen it. Worthy a investigation into the kernel though :)

But then again, if there's a chip that supports HDMI, maybe its a different story, but interesting question OP! +1 from me!

One alternate would be to use a third party launcher that has Landscape home screen mode enabled, like GO or Nova. See if this solves your problem.

I have acomplished this by using a cheap laptop connected to the tv, with ms display set to portrit. I use Soti Pocket controller, an app to send the phone screen to the laptop. Takes a little tweaking, but you can get full screen of phone on the TV, edge to edge. That's the only way I know to do this.

Hello I beg to differ: If you connect to the Miracast while already in landscape mode, you get a landscape mode display on the TV. At least, with 2 differnet phones (Android v4 and V7) and 2 differnet miracast (Microsoft's and chinese compatible) I get landscape mode. Marc

Not the answer you're looking for? Browse other questions tagged android-tv external-display .

7
MHL with Nexus 4?
0
What happens when displaying through Miracast using low resolution device and high resolution external display?
6
Allow rotate into portrait mode but do not rotate external display
0
Does miracast work without wi-fi?
3
Does Sony Bravia 2015 Android TV allow extending internal storage with a USB drive?
5
What is the difference between MiraCast, MirrorShare, Google Cast and Chromecast?