Anyone found a way to move the insert marker one character to the left of to the right?

The new insert marker in Android 2-2, you get when pressing a text field in edit more, and which gives you the ability to move it to the point where you want to start editing, is all very nice. Compared to the previous way of long pressing the men key to shop up the cursor keypad, it's quicker and gives you more options.

If you are using Swype, slide your finger from the Swype button (bottom left) to the SYM key. This will display a set of navigation buttons - including a dpad that lets you move the text input. 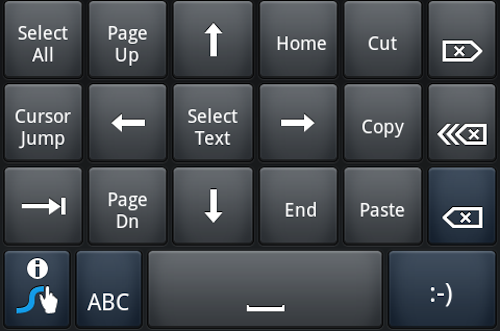 Not the answer you're looking for? Browse other questions tagged 2.2-froyo samsung-galaxy-s or ask your own question.

2
What is the easiest way I can send one contact's phone number to another on my Android?
5
Why doesn't my Samsung Galaxy S communicate via USB?