Missing device driver for “Android 1.0” in Device Manager while in HBOOT menu!

When I enter HBOOT menu with the phone connected to the PC with USB I get the missing driver prompt in Windows and there's an exclamation mark for a device called Android 1.0 in Device Manager.

I have been following this guide for preparing the device with Android SDK tools and ADB before rooting: http://wiki.rootzwiki.com/HTC_Desire

So why is it giving me this crap about missing driver for Android 1.0? What's Android 1.0 anyway? This device is on Android 2.2! 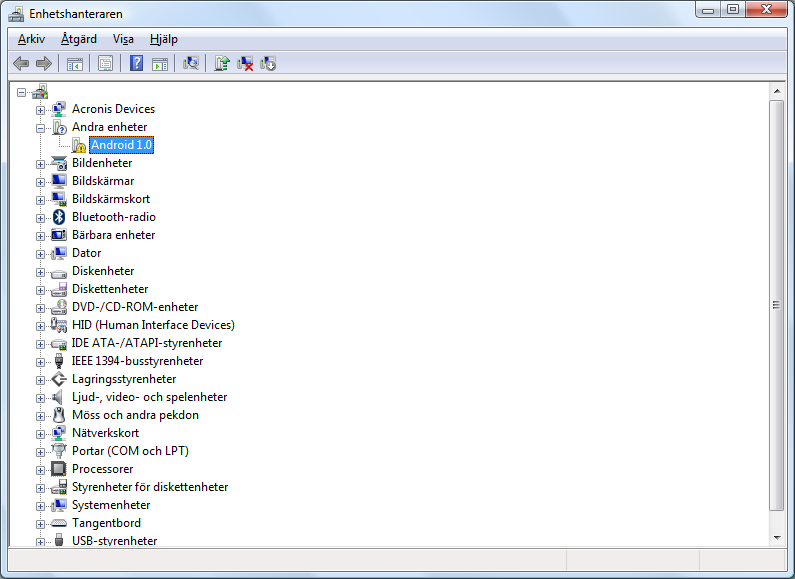 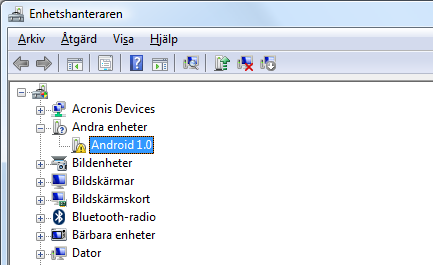 This is on Windows Vista 64-bit and when I choose the option to browse for a driver in the missing driver prompt and I specify the path above, it simply doesn't find an appropriate driver for it. But that's what the guide said I should do.

Also, this device called "Android 1.0" disappears from Device Manager when I boot the phone normally. So it is only presented when the phone is in the HBOOT menu and it reads "HBOOT USB PLUG" on the screen.

I think this step is important in order to successfully use a rooting tool or method like Revolutionary or Unrevoked. So how do I solve this? Anyone else who had this problem who can share a solution?

Installing the driver from the XDA Dev website should solve this issue.

(There is also a driver and a tutorial on the Unrevoked website. But the this driver didn't work for me. While the driver from the XDA Dev worked every time.)

You essentially need to download the adb_driver_htc.zip file and view the hardware ID of your HTC device (Properties dialog of the device in Device Manager) and make sure it matches the ID in the INF file for this driver. You then need to update the driver for the device (in Device Manager) with the missing driver (yellow triangle with exclamation mark).

I recently had the same problem when rooting my Nexus S, I found that instead of letting Windows try and find the driver in the folder choose the Let me choose a driver on the PC and then pick the Android Phone drivers and the driver was (in my case) the Google Nexus S ADB Interface however you'll be looking for the particular driver your phone needs.

Not the answer you're looking for? Browse other questions tagged 2.2-froyo htc-desire adb or ask your own question.

5
Error launching ddms.bat: “Failed to get the adb version: Cannot run program ”adb“: CreateProcess error=2, The system cannot find the file specified”
6
What options exist when the vendor does not supply an ADB driver for an Android device?
13
What do I type in PATH variable for ADB server to start from CMD?
1
How do I patch the Android ADB driver?
5
ADB - Android emulator - Unable to record video - screenrecord not found with Android 5.11
3
Android Composite ADB Interface Windows 8 driver for iRulu U2?
1
ADB- Cannot get the Path variable to work for ADB
8
How do I install missing command line tools onto an Android device?