How to switch on/off system load and running processes overlay

Somehow I have managed to get my Android phone (HTC Wildfire running Cyanogenmod 7.1 / Android 2.3.7) into a state where the system load (in unix uptime format) and running process list is constantly displayed on top of the screen, no matter what is running. How do I turn this feature off?

(For the avoidance of doubt, I think this happened while the phone was unlocked in my pocket. I never explicitly asked for this behaviour.)

The setting you are looking for is, most likely, found in Settings → Development (might be called "Developer options"; I know on some ROMs this option is initially hidden -- but if it's hidden in your case, it would be funny how that CPU overlay was activated). Scroll down a bit there, and you should find the "Monitoring" section -- where you probably checked to "show CPU load". 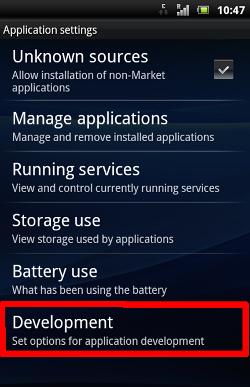 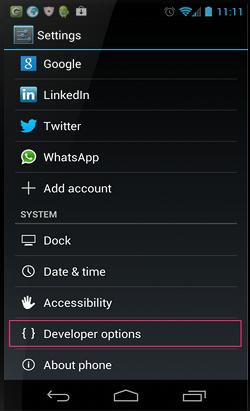 As the screenshots show, the settings item is sometimes called "Development" and on other ROMs (here: Nexus) "Developer options". Simply check for something similar -- not sure if some manufacturer decided for a third term ;)

Oh dear, the moment I offer a bounty on this question, I bump into the solution myself.

Cyanogenmod has a "Dev Tools" app. In "Development Settings" in this app, uncheck "Show running processes" to make this go away.

Not the answer you're looking for? Browse other questions tagged system resource-monitoring or ask your own question.

8
How can I monitor and visualize the current resource usage (CPU, Memory, etc.) caused by the running Apps?
0
How to reset your Android system folder
0
Storage space and system functions error message
0
How to find and read boot up log files?
2
System Set Permissions Accidentally, and is Corrupt
18
View running processes and CPU usage in Android 7 (Nougat)?
2
How can there be two separate Android System under “Running services”?
2
Android: how to increase system partition and decrease data partition?