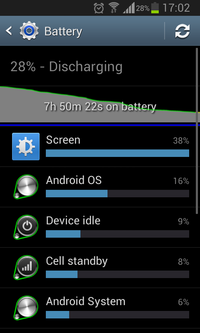 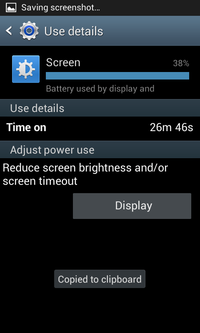 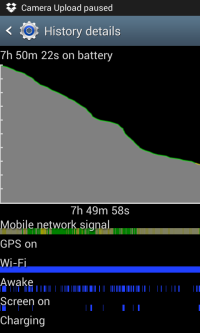 Not the answer you're looking for? Browse other questions tagged 4.0-ice-cream-sandwich samsung-galaxy-s-2 4.1-jelly-bean battery battery-life .

73
What is *Cell standby* and how can I keep it from eating my battery?
40
How to deal with (orphaned) WakeLocks?

6
Does encrypting the Xoom tablet use battery faster?
22
How can I find out what causes "Android OS" to consume battery?
6
What do CPU Total, CPU Foreground, and Keep awake mean?
2
Screen uses 99% of battery
1
Abnormally high battery drain
2
Spotting Cause of Excessive Battery Drain
2
Android smartphone battery suddenly drained twice as fast than usual
1
Calibrating/Correctly draining an Extended Battery