I'm really far from "rooting Android devices" . I had root my device . SuperSU and CWM installed.

But today i did a mistake and decided to try Facebook Home. So install it from an .apk and then edit build.prop file, changed ro.product.model from GT-I9100 to GT-I9300 . (Also i did a backup BEFORE doing this) . Now i'm trying to boot my phone but it's not booting. Just there is Galaxy S2 booting screen. It's like this : 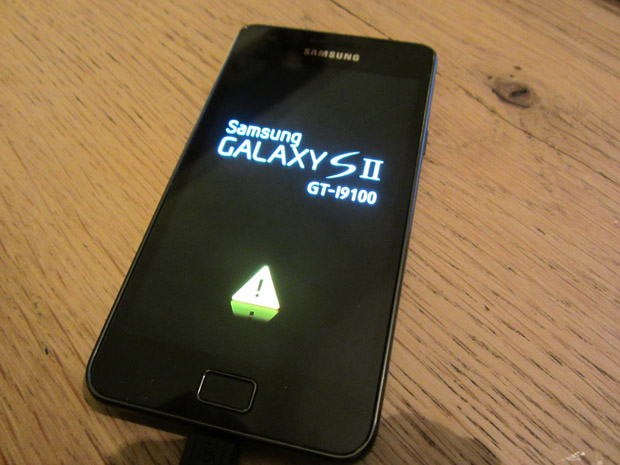 I have searched it and found a few solutions, but i couldn't follow them because i didn't understand them exactly. For example , in one of this solutions they said "install cm9 mod" but in this page : http://wiki.cyanogenmod.org/w/I9100_Info there is'a warning about superbrick it's scared my.

I have really no idea what should i do, i have read a few articles about this but i couldn't understand ANYTHING .

And i really need this phone this evening, i'm going to a travel.

These are some posts about my problem : http://www.transformerforums.com/forum/transformer-pad-300-development/27254-solved-help-can-t-pass-through-asus-tegra-logo-screen-did-i-brick-2.html

Summing up the solution from above comments:

You don't need to mount your SDCard to revert your changes. If you can boot into recovery, and access the device via adb shell, you can do so and replace your edited build.prop file with the backup copy you've created (using the cp command), thus restoring the state of before your edit. Example, assuming you've named your backup build.prop.bak and placed it in the same place as the original:

If it still not boots: uninstall the last app installed

As the first part didn't solve the problem here, it might be the app installed (facebook home in our case) is causing trouble on the device it was not intended for. So let's kick it out. Boot into recovery again, get your ADB ready, and

This finally solved it.

As a factory-reset was done, how was the app able to survive that?

This was an after-thought to the entire issue. A possible explanation lies in the fact that the factory-reset complained about the SDCard not being able to mount. So if parts of the app got installed to the card, they might have survived there. Unlikely as this is (after all, apps on SDCard should not be able to cause boot issues, as the card is mounted only after boot_completed), I see no other explanation (comments welcome, I can include them here if wished for).

This lead to another question:

Should I remove the external SD card to protect it from factory reset?

Normally, a factory reset should not touch the external SDCard. But "better safe than sorry": if it should not be touched normally, it shouldn't matter whether it's in the device or not, so it shouldn't hurt to remove it before the factory reset. However: if you use(d) app2sd, there's a special directory called .android_secure on the SDCard holding the (encrypted) parts of the "moved apps". After a factory reset. the system does not know of them -- so when re-installing such an app, it might lead to problems. Thus when removing the card before doing a factory reset, make sure to remove the .android_secure directory from the card (using a card reader and your computer) before re-inserting it again.

Not the answer you're looking for? Browse other questions tagged cyanogenmod samsung-galaxy-s-2 unbricking or ask your own question.

1
No network after installing CM7 on Xperia Arc
0
Problem installing ubuntu on Galaxy S2 ICS
3
Lost data upgrading roms, but data is still there when viewed with Clockwork and Clockwork alone. Can I recover it?
1
How to install a ROM with CWM when /data (and /sdcard) are encrypted and I can't reformat them?
1
Should I Skip Recovery Installation Step From CyanogenMod ROM
1
Radio error when flashing new ROM (Samsung SGH-T989)
3
Unable to install CyanogenMod on Galaxy S2 i777
1
Error while installing radio in Xperia m running cyanogenmod 12
0
Unbrick An AT&T Sony Xperia Ion