I have made a backup of my Nexus 7 before its bootloader was unlocked with Carbon and the companion Windows app; I then took the Carbon folder from internal storage to my computer disk.

An unlock, root, flash, etc., later, I placed the Carbon folder where it was:

I installed an additional application and backed it up to confirm that Carbon stores new backups there: 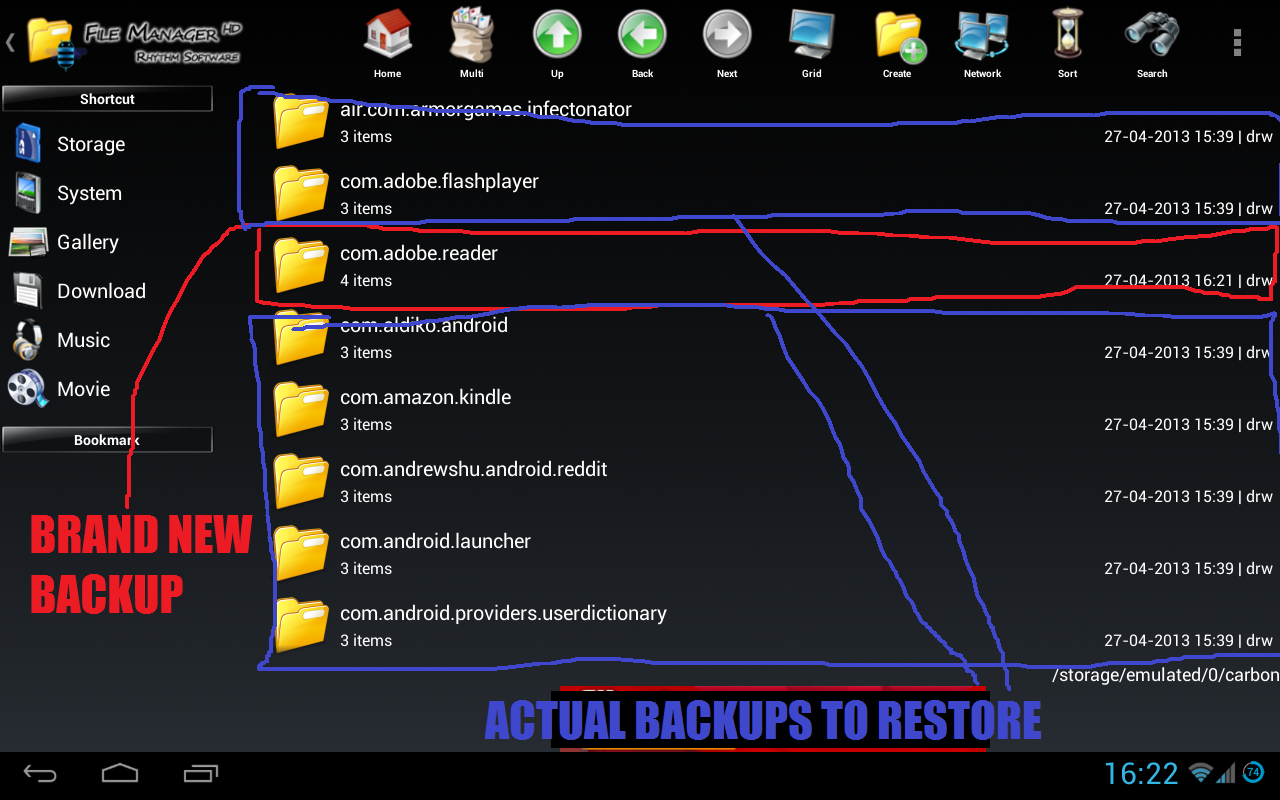 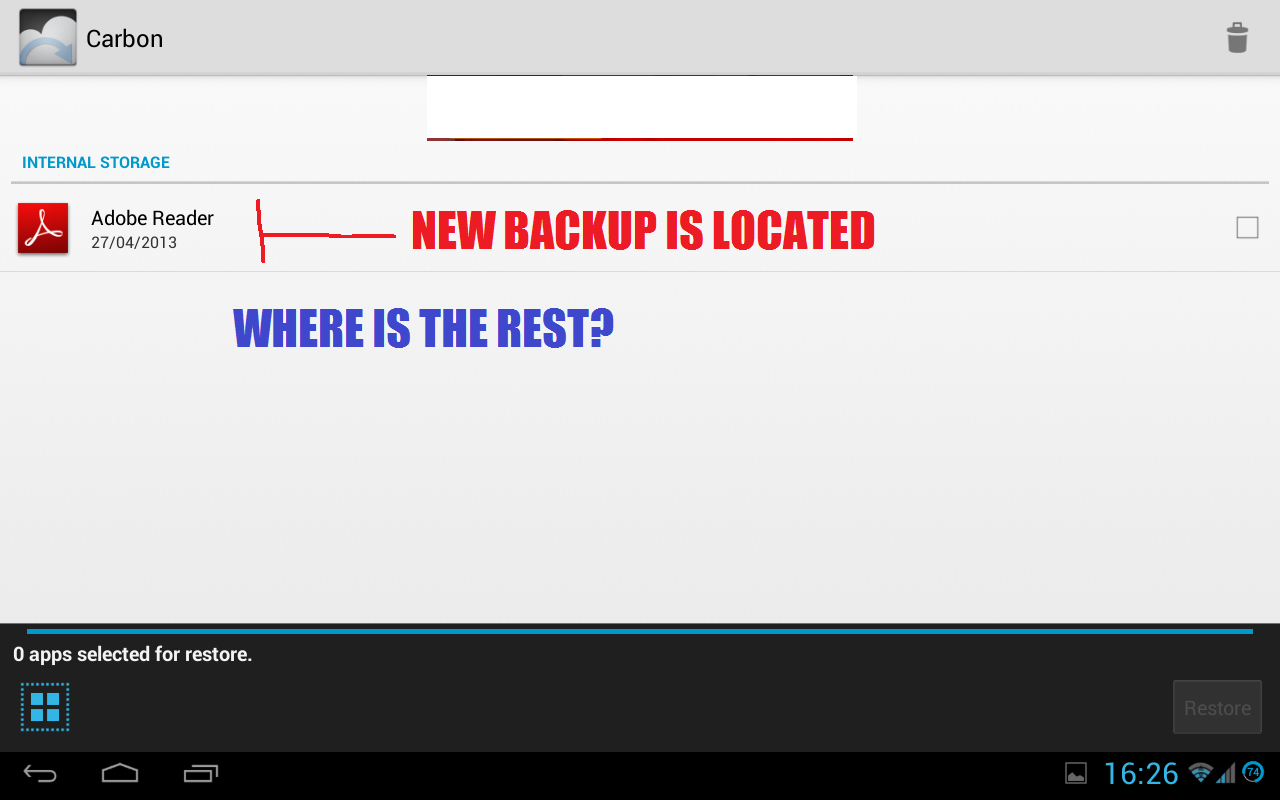 You might guess it'd be a permissions issue. As far as I can see, it's not.

This person (thread link) has had similar issues with a Nexus 7 but not a Nexus 4. They've emailed the developers one month ago and didn't report back. I emailed them too , but I'm not holding my breath honestly. and actually got a reply. I'm not posting the full text of the email, since that'd be a breach of privacy, but here's the meat of it.

You manually moved the backup, which is an unsupported scenario in Carbon. This is why you cannot see the backups. There is no fix, or workaround for this.

What can I do about this?

As it turned out, all the other apps had their corresponding .json file missing. Not a big deal: As badp's answer shows, one can simply use adb restore to restore the backups. But as not everybody might have the SDK (or even a minimal ADB) installed (or even a computer available -- one might be on a journey), my answer will take a different approach.

First, you will need to make a backup of some app, to get a working .json file. As the question states, there was such one from the Adobe Reader. To visualize it for you, this is what the corresponding file (com.adobe.reader.json) looks like:

You will also need:

Of course, you could also perform the steps below from your Linux computer; using a different OS, take care for the file's encoding and line breaks.

I pick an example app here: Kindle for Android. In the question's screenshots, it's listed close to the Adobe Reader as com.amazon.kindle. For your apps, just pick the corresponding values based on this example:

I'm not sure what versionCode or flags stand for, so we better don't touch those. We also can safely ignore the rest:

Now, first let's see whether Carbon accepts our trick. If it correctly lists up Kindle for Android as being available for a restore, you might want to repeat above steps for your other backups as well.

It's a kludge, but Carbon uses the standard adb debugbackend for its operation. This means that the .ab format is not proprietary and each of the individual backups can be restored from the adb command line:

...or through a graphic tool such as Droid Explorer.

I had the same problem and managed to get it working.

This code will add .json files inside every app's folder and it's working, now all my applications are showing in carbon's restore tab. 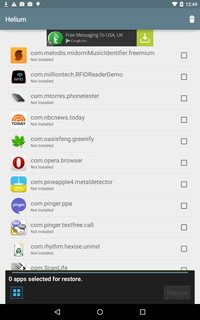 Izzy's answer is a good start: check that you have a .json file for the app.

If you don't have this file, before you go copying and editing another app's .json file, just back up your app's .ab file somewhere, then backup the app again using Carbon.

It should save a .json file this time. You can then replace the new backup's .ab file with the one you need to restore, and the app will be detected by Carbon.

(If it still does not save a .json file, use Izzy's method.)

Not the answer you're looking for? Browse other questions tagged backup nexus-7 .

362
How to fully backup non-rooted devices?
65
Is there a minimal installation of ADB?