I've bought this HTC One from one guy who had to change the display on it. It works fine but display has one problem. It has very high brightness and some buttons, icons and so on does not have the edges visible.

I would like to ask if there is some way how to set the brightness or contrast manually via terminal in the operating system or this problem is more likely caused by bad display. Thanks very much for your answers (P.S.: I tried several Android ROMs, but no change occured).

Here is a photo of the display how it looks like (e.g. the black color is not black but silver. There are almost no visible circles around the ticks on the right side): 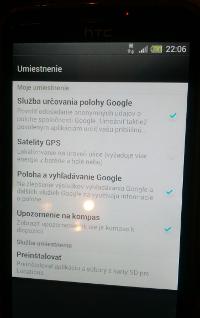 Photo of the screen (click image for larger variant)

Browse other questions tagged screen htc-one-x terminal screen-brightness or ask your own question.

1
“Settings” hangs when scanning for WiFi since JB update on One X
1
How to charge the HTC One X with power-off / display-off
6
How does reducing brightness of screen increase battery life?
5
Are those dead pixels? “Dead Pixel Detect and Fix” apk did not work with them
2
Color Scheme with Vim on Android?
3
[Fixed]Nexus 5 displaying static screen
3
What triggers Always On Display's display of seconds?
1
Scale entire display down a couple pixels due to replacement screen?