This should help some folks and it does enable better control, not louder volume.

The steps now are way more reasonable. In other words, it answers your "Note", as now the volume (at least on my Bluetooth headphones) now has much smaller steps -- it no longer goes from too quiet to too loud in one step.

I ended up using Fine Volume Control V2 (Trial version) on my Nexus 4 - supports up to 100 volume levels. It's not perfect but should suffice till they hopefully fix what seems like such a simple problem. 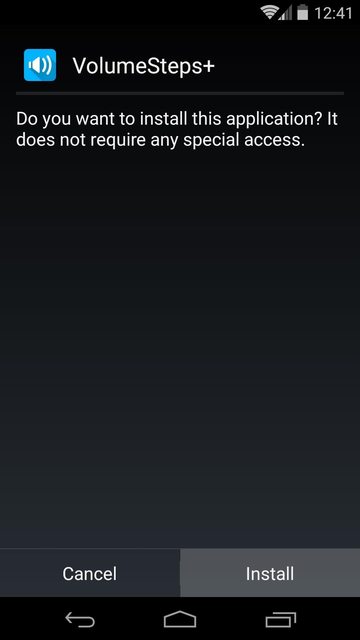 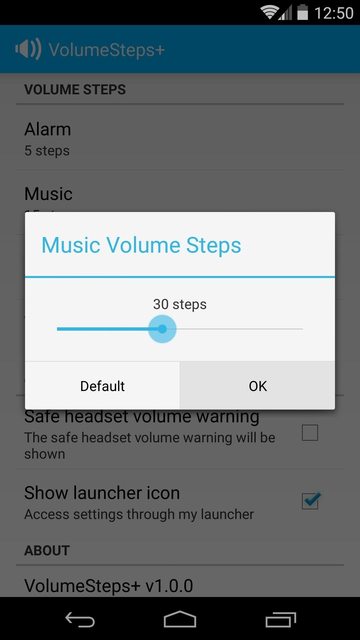 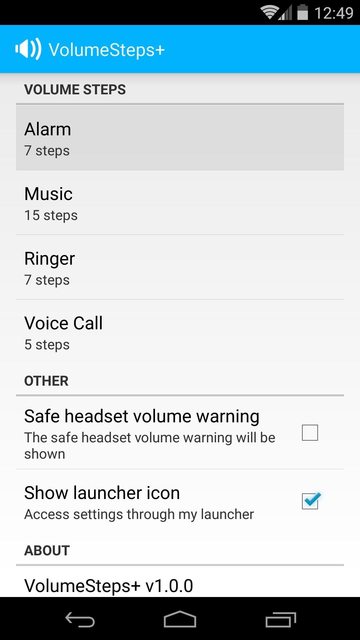 3
How do you make the music volume louder than the highest volume on the Sony Xperia M2
3
How to increase/decrease volume in smaller increments/decrements?

24
How can I change media volume when no media is being played?
4
How do I stop warnings appearing when I increase the volume?
6
Notification sound is too loud when listening to music with a headset
4
How can I control volume of Zoom app?
0
how to adjust ring volume on built-in speaker separately from ring volume on headphones?