For the past few days my Nexus 7 wouldn't turn on. I just assumed the battery was dead but that seemed strange since the battery usually lasts a lot longer than it had.

Last night I connected it to the USB and charged it overnight. This morning it still wouldn't turn on, so i followed the troubleshooting instructions from the ASUS site and held down the power button for at least 15 seconds. This worked and my device began to power up, only this time there was something different - something quite noticeably different. 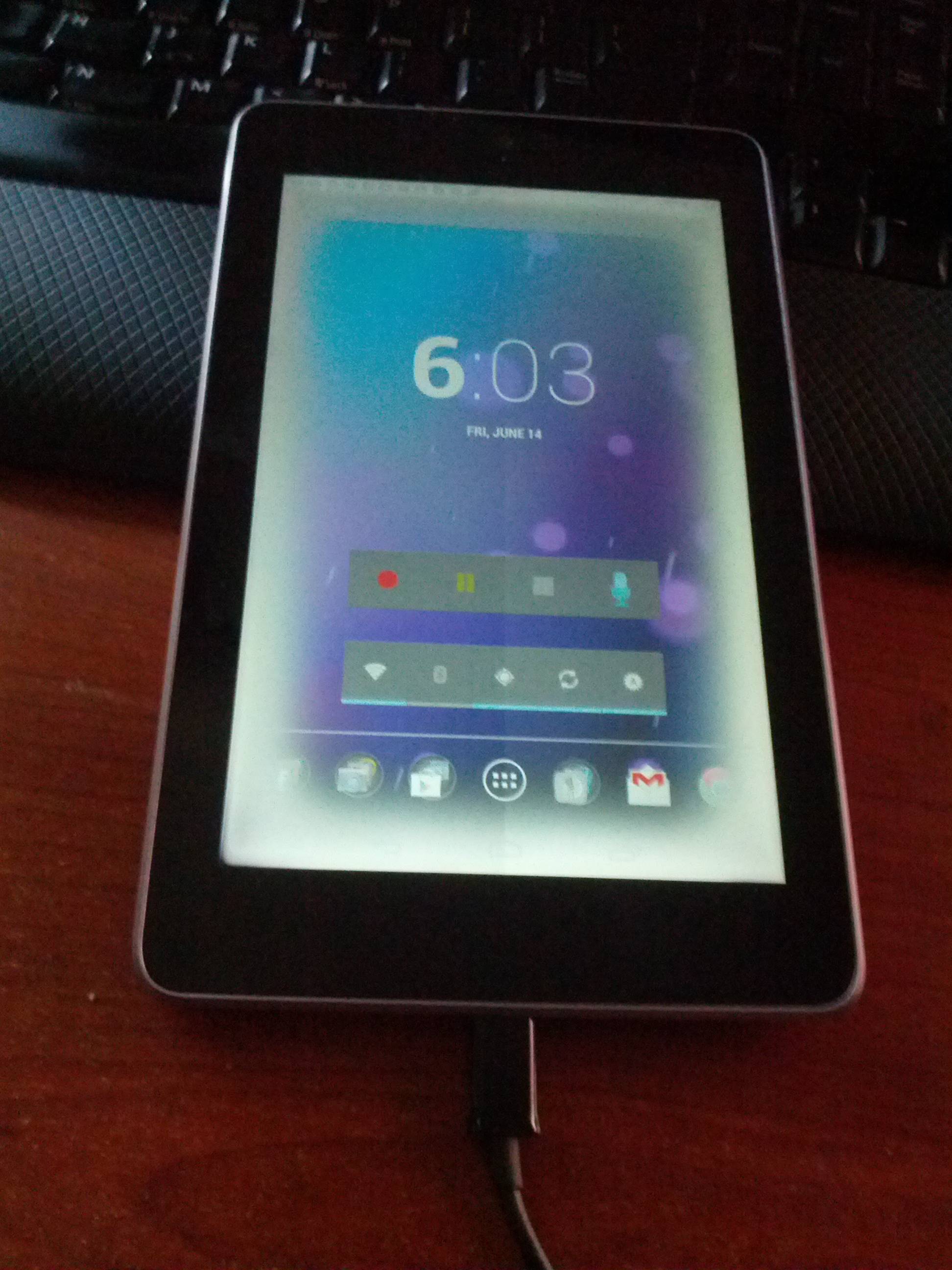 The white vignette is visible the moment the device is powered on throughout the boot screen. If you look closer, you can also see that there is a fine gradient split down the center of the screen.

The device is still under warrenty so I plan on having it serviced/replaced, but out of curiousity does anyone know what this is and what could have caused it?

The line down the middle points to this being a problem with the screen's backlight. The backlight illuminates the screen from behind: the screen itself is essentially a coloured filter, which you wouldn't be able to see without a light source. From the excessive brightness I'd say it's possible the backlight has been receiving too much voltage from the rest of the system.

This could have been caused by a problem in the drivers for the screen. In normal use, they control the voltage to the backlight in order to make the screen brighter or dimmer, but it could be that in this case a bug made them supply too much voltage. The backlight is actually in two halves, which can be independently controlled (but usually aren't): the line down the middle appears if they're not quite receiving the same voltage.

If the problem went away on its own, there is probably nothing to worry about, but there is a small risk that the extra voltage may have permanently damaged the backlight. Normally I'd expect a voltage regulator to turn it off completely before getting to dangerous levels, but only the manufacturer would know for sure. As it's still in warranty, you should check with them. (They may also be interested to investigate this to avoid the problem happening again to anyone else.)

Not the answer you're looking for? Browse other questions tagged screen nexus-7 or ask your own question.

3
3G Radio Always on When Screen On?
2
Nexus 7 issues with lagging, boot-loops, NFC greyed out, and depressed CPU states
5
Nexus 7 soft bricked, Need to recover data
1
Nexus 7 tablet (original model) stuck in Safe mode; no way out?
0
Galaxy S5's screen only turns on after multiple presses, and the screen has these weird lines show up when turning off
0
Nexus 7 (2012) won't charge or start after a series of problems
2
Forcing system upgrade despite “Battery too low”