As seen below, anything to do with Google Play is installed in the Android SDK in my Ubuntu. 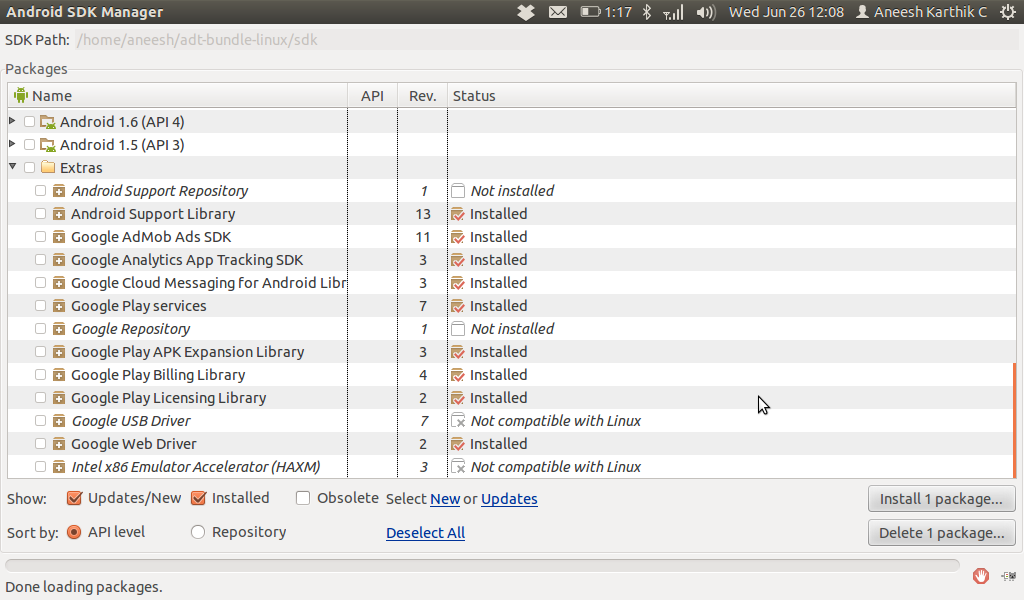 In light of this SDK Extras set above which has the Licensing Library, it is perfectly legal to have Google Play in emulators created here (correct me if I am wrong). Google Play is a factory default. Yet, when an emulator instance is created (even for that matter, a Nexus with Google API (say 10)) Google Play isn't already there.

So, in an attempt to install Google Play the closest I got is using this guide, as per which, I downloaded gapps-jb-20130307-signed.zip (the ZIP file for Gingerbread 2.3.3) and unzipped it and just executed the adb commands in the script given at the very end.

What I ended up installing was the Android Market! Why?

I browsed a bit on Android Market and then I pushed another file from the zip downloaded. It's named MarketUpdater.apk. That's what updates the Market to Play Store!

Tried starting from scratch and pushed market updater too! So it was Play Store right when it sat in.

Not the answer you're looking for? Browse other questions tagged google-play-store 2.3-gingerbread android-emulator or ask your own question.