how to set up lockscreen and quick acces to apps

Back in the day, I had a phone which I rooted and got a custom rom. (An Xperia X8, with the GingerDX custom rom using android 2.3.7)

When I turned on the phone, I got the sliders for calling, messages, silent mode, and a custom app. But since I ALSO had the pattern lock activated, just after sliding for either optin, I got the pattern lock screen, and after entering my pattern, I went to whatever app (quick access) I chose.

Now, I got a new phone, a Motorola RAZR XT919 with out of the box Jelly Bean (4.1.2), but now I see that if i choose to have the pattern lock screen, I no longer have the quick "slide" screen for quick access to common apps (calls, messages, and camera). Is this how it is always been for native android? Or there is some hidden option to have both functions? Or are there apps to achieve that?

I really never knew if that feature was specific for the custom rom I used with the other phone because it was my first android phone and i never compared it to others, but since it feels so natural, I expected it to just do the same for other newer android versions.

Wrapping up, I'd like to be able to have the shortcuts on the lockscreen, and then (if enabled) to be asked for the unlock pattern, so I can have the best of the two (immediately choosing and app and protect the phone with the pattern)

Any thoughts or ideas?

There is an app available from Google Play Store that does just that, you select the APP you want to load, the lockscreen appears, you unlock the phone and you're on the selected app. 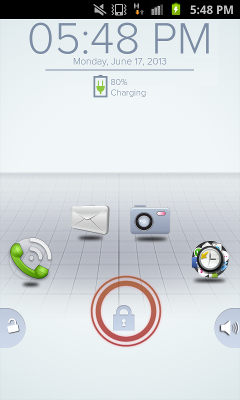 Active lockscreen brings together fast access to your favorite apps and full personalization features for your Android phone.

Your favorite apps, your latest contacts, your photo gallery, are available within just one click.

Active comes with hundreds of themes and appetizers available to download that let you flip through your social and news feeds directly on your home screen.

After installing, you can use one swipe on your new lock screen to:

Not the answer you're looking for? Browse other questions tagged lock-screens widgets pattern-lock .

1
4.3 Lockscreen: How to drag on a lockscreen notification to go to that app?

0
How do i use a lockscreen from another rom
2
Fall back to pattern lock if fingerprint not recognised
63
What is this lock screen with ads and how do I remove it?
1
Are lock screen pattern and system start pattern the same?
0
Screen lock not working in Moto z play
0
How to make sure that screen lock really locks and doesn't allow to do anything?
0
Android lock screen bug after system files deleted