I bought a Huawei Ascend P1 and installed some apps. But for the past 3-4 days, I see an alert that an SMS has been sent and 1.50 INR has been deducted. How will it unlock and send an SMS?

I found from my mobile carrier that the SMS was sent to the same number. The following apps have the SEND_SMS permission, but I am confused because most of them are system apps, and a few like WhatsApp & True Caller are trusted. I really don't understand what's going on as I see that the questions related to this topic seem different. 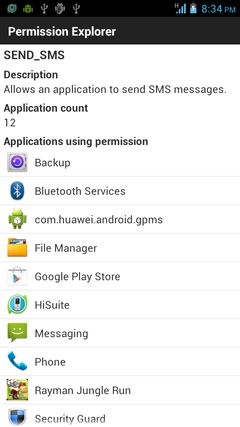 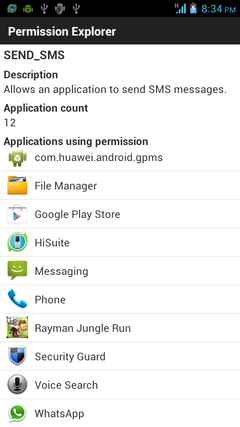 The list of apps in your screenshot includes "Rayman Jungle Run". This doesn't have any reason to send SMS messages, and the genuine game listed on Google Play doesn't require that permission.

It seems likely that you've been taken in by a fake or trojan that pretends to be the game you wanted, but in fact sends SMS to premium numbers behind your back, to make money. This is commonplace if you try to download commercial games from game piracy sites. There are also sometimes quite convincing fakes on Google Play.

If your country has a government agency responsible for policing premium phone and SMS services, you should report the app and the number it sent messages to to that agency. They'll want to know that the SMS number has been used for fraudulent purposes, and may be able to shut down the company that originated the scam.

I found the problematical app. This is related to Huawei's app.

After searching/tracing the number, I found that the number the SMS was sent to was Huawei Server number. It will work like this:

When you put SIM card for the first time, it will auto send an SMS to that number for registering the start of warranty period. But in my case, I am facing network issues, so whenever my network disconnects & reestablishes, it will send SMS every time it happens. I only cannot figure out why it's still sending SMS if it's one time process. 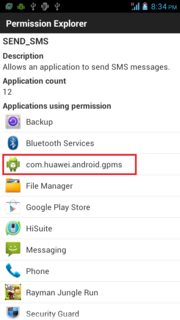 It is not a any app or virus, It is defect of Huawei software, you need to install fix available at Huawei support->Download site "Auto Sms Fixed Software" http://www.huaweidevice.co.in/Support/Downloads/

As @saurin said, it is due to a bug, and they released update.

Here is snapshot of reply email from Huawei with instructions. 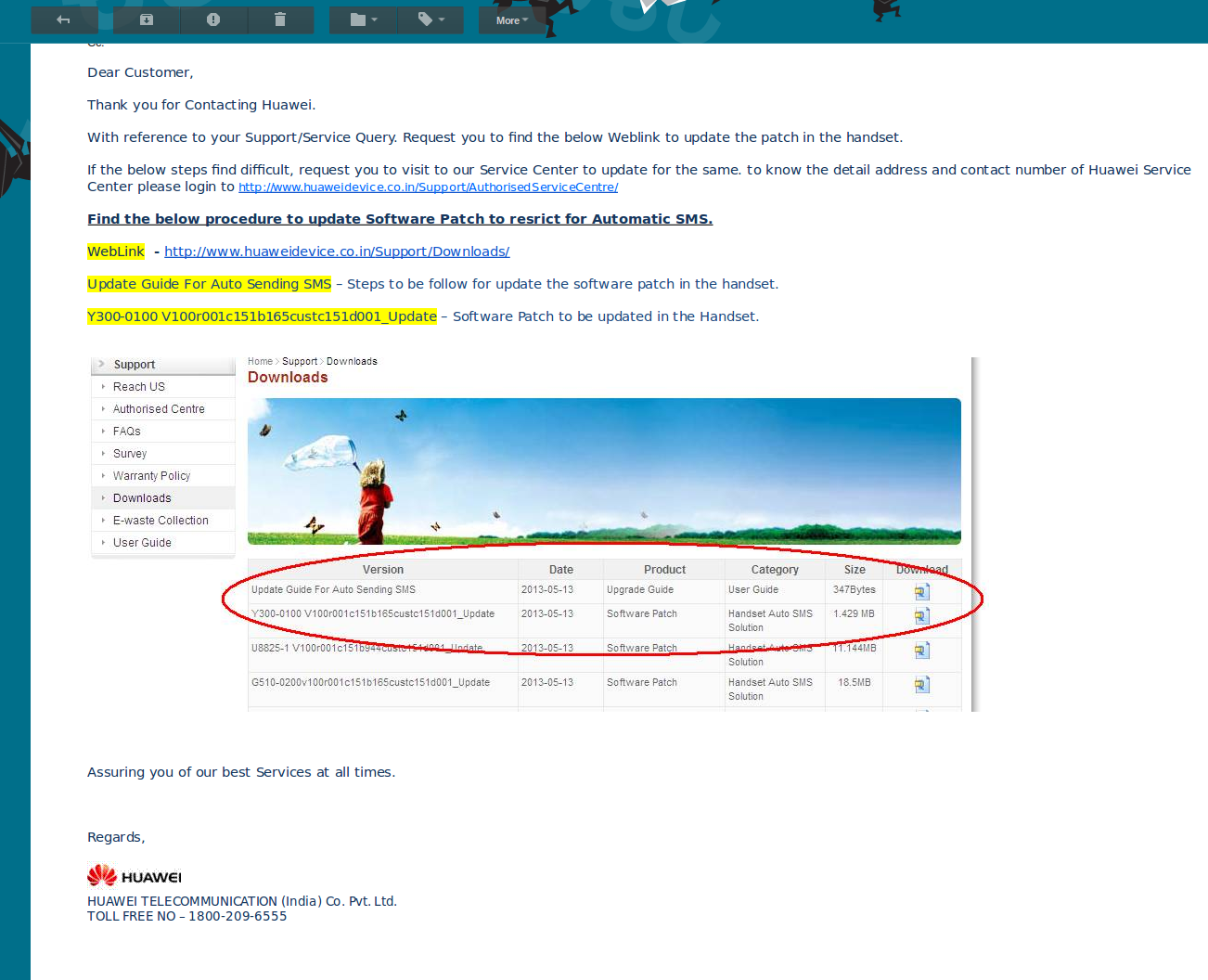 Not the answer you're looking for? Browse other questions tagged sms huawei .

0
Huawei Ascend P7 locks out after months of usage
4
Is this phone compromised? Sending invisible SMS
0
Huawei P7 Ascend Lollipop Compass pointing only North or South, even after calibrating. How to fix?
0
SMS sent but still shows sending
0
Emoticons/emojis not being sent via SMS