How to open multiple PDF files at once?

I would like to open two PDF files at the same time. However, it seems like "doing more than one thing at once" is a concept which has yet to be invented in the tablet world. Is there a way to do it?

At first I thought that I'd be able to use Firefox as a container and could make option 3 work - but Adobe don't seem to have released their NSAPI plug-in for Android. So files are opened in their standalone "Reader" app.

The next failed idea was to use Firefox and PDF.js. This actually works, but PDF.js is so ridiculously slow that this is not a viable option.

Then I heard about "Dolphin" which supposedly has a PDF plugin, but after trying the browser out, before even getting to the stage of downloading the plugin, it's clear that this app is buggy and useless.

Frankly, I'm not in love with the idea of using a web browser for this task anyway.

The other idea is to install several different reader apps, but this is a horrible, ugly solution, and I assume I'll have to either pay up or accept ads.

Are there any simple ideas that I've missed? Is there some way to get "Reader" to not close the current file when I want to open another PDF?

To answer my own question: while I haven't found a completely satisfactory solution to this problem, I have discovered in Adobe's Reader app the "Recents" list - which shows recently read documents in the descending order of last-opened date. This, combined with the fact that the Reader app remembers the position of each document that you read, and the fact that the "Recents" menu is only a click of the back button away, gives a workable solution to reading multiple documents at a time, albeit slowly.

I wish that someone from 1998 could come back in time and give us proper multitasking. How great it would be!

For now, I hope this idea helps someone else.

It can open and edit all sorts of Office files, and view PDF. It allows you to have several documents open and switch between them in a tabbed interface.

The only app I know in Android that provides this functionality is iAnnotate.

I had same problem, I searched forums, but couldn't find a nice solution. Than I switched to test some appps, and Kingsoft office and pdf is quite good. If you open a new pdf file, it will appeae as a new tab. And the same with docs, but all different file tipes are in a new window link https://play.google.com/store/apps/details?id=cn.wps.moffice_eng

I started to use it today, so a cant tell anything about bugs or stability of the app

As of Android 7.x, multi-window is officially introduced. While that itself doesn't allow you to open multiple instances of the same app (not by default anyway), this app named Taskbar can greatly enhance its function. 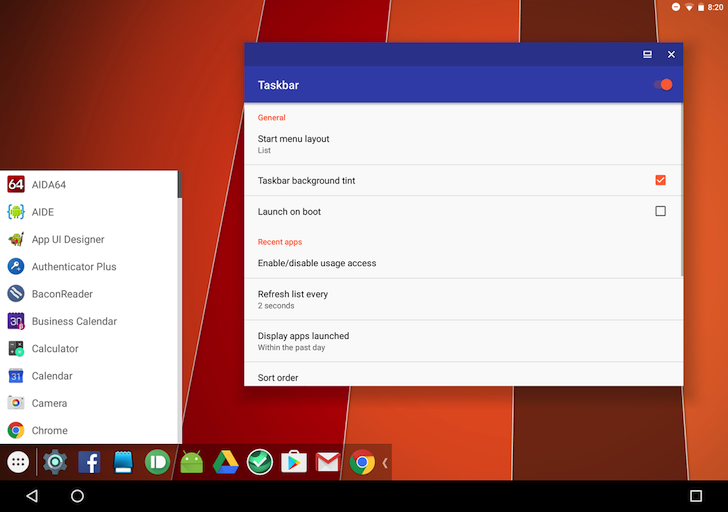 By default it allows multiple windows to be arbitrarily placed and resized just like in any desktop OS, and - to answer your question - after some settings one can open multiple instances of the same app. Provided that your device can handle the workload well and your screen real estate is enough, what you're looking for can be achieved.

I use Xodo - it has a tabbed interface and works fine!

I know nothing better than EbookDroid to see pdfs. And it has tabs too!

Use Stick App in android hope it helps

Not the answer you're looking for? Browse other questions tagged pdf or ask your own question.

2
How to download and open PDF files?
2
Open PDFs Automatically from Browser in Google Drive or Google PDF Viewer
0
Call settings will pop-up when I open a pdf
2
Open PDF files directly in Chrome for Android