How to make Hangouts stop sending me SMS messages?

I've tried out the SMS feature of Hangouts app, which allows you to handle SMS within itself instead of the default one.

I didn't like it for certain reasons, so I disabled it.

However, for some reason, almost each time anyone sends me something via Hangouts (from a PC for example), I get it in both Hangouts and via SMS (with phone number that looks like "1000274" ). That's right - I get 2 messages - one for hangouts and one is an SMS message shown on the normal messaging app.

Why does it happen? How can I stop it from happening? 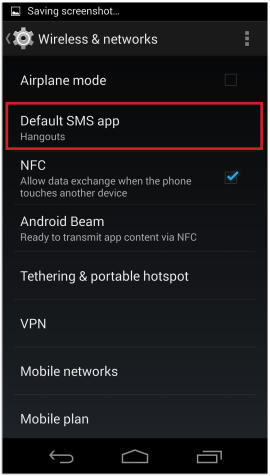 I've recently flash a custom ROM called "OmniRom" (AOSP, Kitkat based), and I think this problem is now gone.

Not sure why it occurred, and why I don't see it anymore.

OK, I think they've fixed it some weeks ago, as I didn't notice any new SMS message that comes after a real hangouts message.

The functionality is different with Kitkat as you can choose your default SMS application in the Wireless & Network settings. Below is for 4.4 and for 4.3 and below. Open the google-plus-hangouts application.

Click on the setting "SMS Enabled" under the General heading and change your default SMS application.

Untick the setting "Turn On SMS" 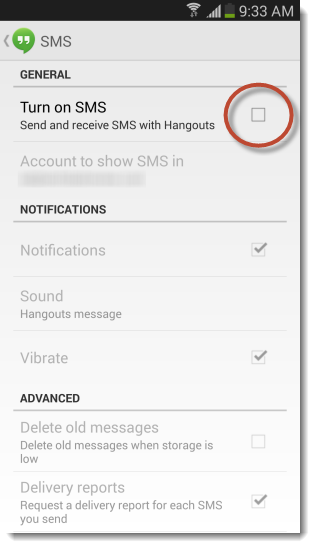 3
Stop Hangouts sending message when enter is pressed
2
Google Hangouts - Can not send or receive MMS
4
How can I merge SMS and Hangouts messages within Hangouts?
0
Restore SMS Messages with Titanium Restores then Deletes!
0
Google Hangouts chat not sending notifications
4
US: sending international SMS, Hangouts
2
Web messages interface - How do I control if messages are sent as SMS or MMS?