Google search appears out of nowhere

From time to time Google (voice) search randomly starts on my phone (Huawei Ascend Y300, Android version 4.1.1). I'll be listening to music for example, change song, and out of nowhere Google voice search will open. I have no idea what button I'm pressing or what I'm doing to activate this. I would ideally deactivate this completely, but knowing what it is I do to open this will also be of great help.

I've gone to the settings when I get this screen. Google Now is already turned off and there doesn't seem to be anything relevant there I can do. 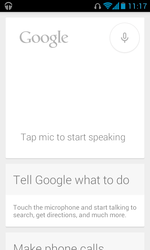 This Google Voice Search pop up appears to be a bug in the Huawei Ascend Y300 model. From This thread on Android Forums that you are not alone with the issue but there is no resolution in the thread.

Further reading in This modaco thread that it might be related to the headphones causing something in the device to trigger Voice Search rather than the intended result e.g. skipping song, changing volume etc.

One user (referring to the headphones) states:

"I get this all the damn time on my Y300. In my case it's Voice Search that opens (I'm on CM11) and I tried renaming the VoiceSearch.apk in /system/app/ (IIRC) but still it comes up.

It's probably getting the contacts confused and triggering that third button on some headsets, but it's bloody annoying."

The fact he is using CyanogenMod and not the stock ROM suggests a Hardware issue rather than a software one.

You could attempt to disable Google Voice search while listening to music as a workaround, althought it is part of Search itself and this may be inconvenient on a day to day basis.

Not the answer you're looking for? Browse other questions tagged google-search or ask your own question.