How does Over-the-air updates (OTA) work

I read the Wikipedia article but it's not totally clear on how Android updates are pushed to devices. This is what I understood but am not certain which is correct so please add details to approve or disapprove my statements.

Case B OS updates are just like ordinary software updates, there is a Google Cloud Messaging or similar broadcast receiver active on the phone and manufacturers just send message using this which shows user a notification. User than clicks the notification and downloads and installs update from manufacturers server

These all seem probable but consider these cases: What would happen if phone is not registered on network for a long time and internet is disabled (think of a tablet without internet access for example)? Why are phones with same version (international version) of firmware getting new updates at different times on different networks?

NOTE: I recently found out that CyanogenMod has OverTheAir updates in newer versions, how are they doing this, I doubt they have mobile network providers support?

CyanogenMod ROM has a built-in Updater application which can periodically (or manually) check their servers for a new release of the ROM. Your current ROM version and date stamp are sent (in a completely anonymous way, no identifiable information is sent for privacy reasons) to their servers, and any new versions are returned. The user is then presented with a notification, and can choose to download the update (entire ROM actually) and automatically or manually flash it via Recovery. 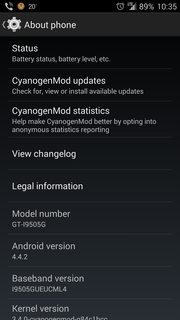 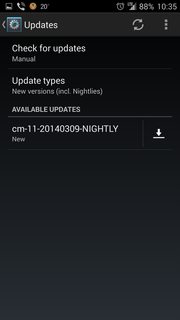 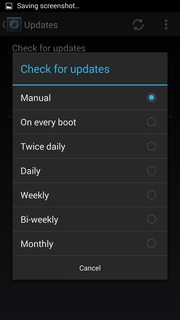 Not the answer you're looking for? Browse other questions tagged ota-update .

2
Do the ota use special command to reboot device

4
Jelly Bean OTA fails on Galaxy Nexus, how to fix?
5
Confused about Nexus 7 failing system update to 4.2
6
How are Googles OTA (over the air) updates delivered/notified?
1
Rooting A Nexus 5 and Concerns Regarding Over The Air Updates?
0
Do OTA updates expire?
10
Set Android to update only via WiFi?
1
Recommend Practices and Procedures for Android OS OTA Updates
0
How do tablet OTA updates work?