Is it normal for Wi-Fi to always be on?

I have a Nexus 4 running CyanogenMod 10.2.1.-mako. While trying to figure out why my battery life seems to be shorter than usual, I have noticed that my Wi-Fi is constantly on.

Shouldn't the Wi-Fi turn itself off when the phone is not in use? Could this be responsible for my lower battery life? (I had much longer battery life on earlier CM versions) 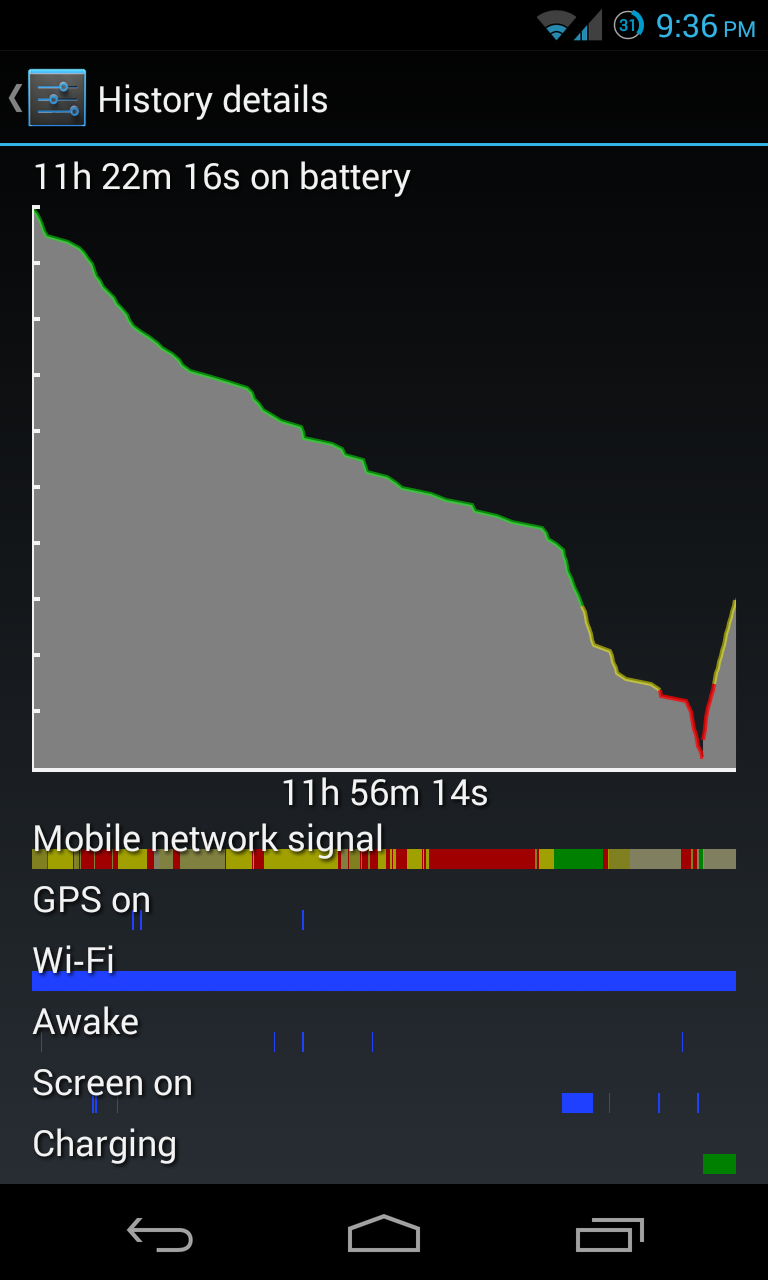 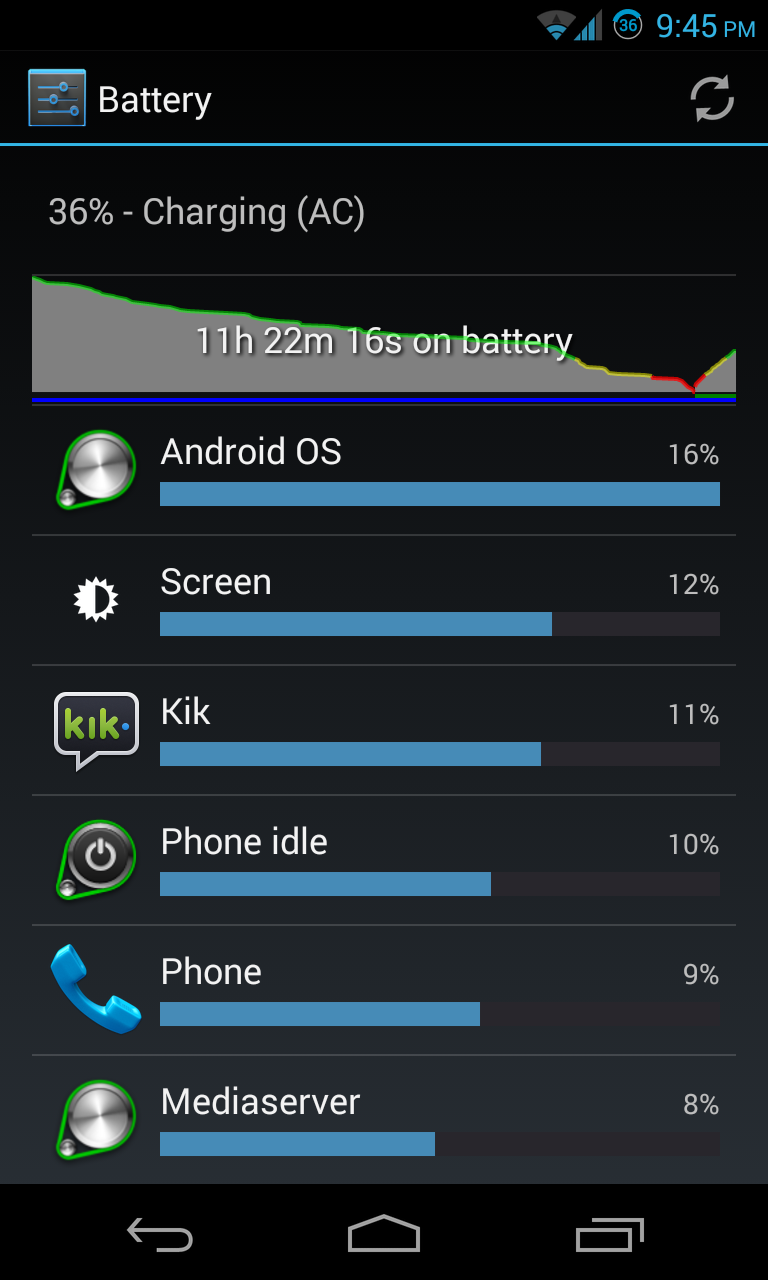 This is because option "scanning always available" is turned on in WiFi Advanced Settings. Turn it off may solve this issue. 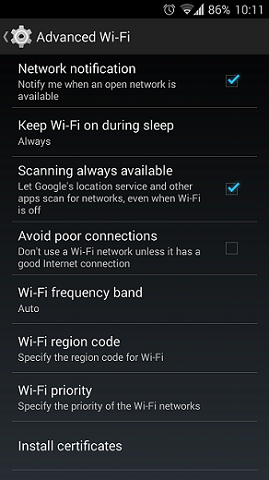 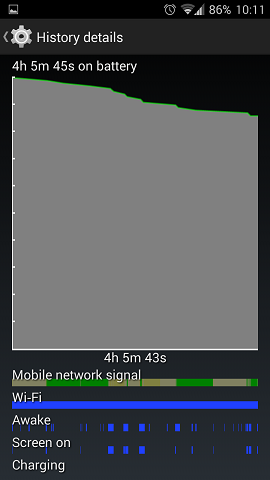 Wi-Fi is usually turned ON or OFF manually. If it's turned on, and it's not in use or phone is considered sleeping, it's still running.

You might want to check with the CyanogenMod forums if there is any Wi-Fi issue for that version.

The Wi-Fi device inside your phone (that includes the radio transceiver as well as the hardware that decodes the signals and tells the main CPU of the phone) has several different power states. Even when the Wi-Fi is on, after it's idle for several seconds, the Wi-Fi device goes into a low-power state. In this state, it's still connected, and can still receive data: when new data arrive via the connection, or when the phone wants to send some data, it quickly powers up to the working state.

The low-power modes aren't made visible to the user, so all you see is that the Wi-Fi is on or off, regardless of whether it's draining power because it's working all the time, or saving power by staying in the low-power state.

If you're using a custom ROM, it's possible that a bug in the driver integration is preventing the Wi-Fi device from going into its low-power state. It could also be caused by a poorly written app sending or receiving data very frequently for a long period: even if it's a small amount of data overall, if it's sent intermittently, it could keep waking up the Wi-Fi device, draining power unnecessarily.

As others have pointed out, you can choose for Wi-Fi to turn off completely when the device screen is off. This setting isn't always practically useful. If you have 3G turned on instead, then the phone actually uses more power to send data that way (but less power to stay connected-but-idle). If you have 3G turned off or it isn't available, then turning off Wi-Fi means you don't have any network connection at all, and can't get notifications of new mail &c. until a few seconds after you next turn the screen on.

Actually, wifi can be turned on or off manually, but you can set how the wifi will behave when the display is turned off - be it allways on, or turn off when screen is turned off and leave only 2G/3G/4G on. This settings can be found under the Advanced setting in menu on wifi settings page. Downside is that you are using your carriers data connection during the phone sleep and there may be some lag when waking-up the phone thanks to wifi reconnect.

One more solution to your problem is to use an application like JuiceDefender.

The answer to your questions also remains, Yes it is normal for the WiFi to be always on and as others mentioned you can either turn it off manually or let an app/OS do it for you.

Some ROMs manage it well in built but still require the data to be turned off, otherwise there is persistent battery drain. I'll highly recommend JuiceDefender as I have been using it for quite some time and it can prolong battery up to 2x.

Not the answer you're looking for? Browse other questions tagged cyanogenmod wi-fi battery-life or ask your own question.

1
Does the phone consume less power when 3G disabled Vs 3G & WiFi Enabled?

3
SSH to Mac using Android Phone
1
Google Maps runs GPS in background even if the GPS radio is off - how do I fix?
0
Having serious technical problems / crashing on my Samsung i9300
0
"Battery Usage" page irrelevant
2
Battery drain when wifi is off
3
Tablet shuts down due to low battery when battery meter is above 10%
8
Can Android app repair battery's bad cell?
6
Mysterious heavy battery drain during device sleep since update to M
1
How to troubleshoot/debug slow phone that burns battery?