How do I easily create an image/button on my Android home screen which links to a website?

I know the below example is of a custom home screen app, much like Yahoo Aviate, but I'd just like to place custom designed buttons (like the "Attractions" button in the image below) or images on my home screen which links to websites that I specify links to. Is there an easy way to do that? 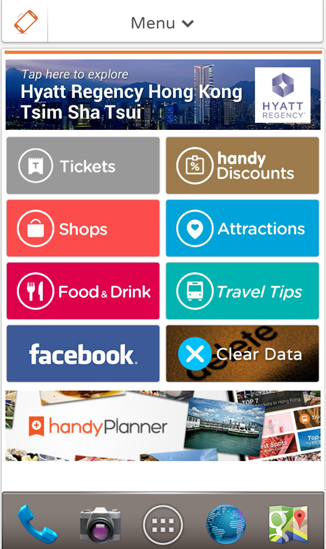 When I wanted to do this, I found the available apps sorely lacking, so I wrote a home screen widget which can do this. The image can be a static one, or you can refresh it from the Internet periodically (e.g. from an RSS feed). You can set it to open a website when clicked, or launch an app of your choice (amongst other things).

The app is called Showr, and it's a free download from Google Play. (There's a "pro" version with more options.)

Bookmark the page in the browser, then exit the browser. There's an app called 'icon changer free' that can be used to change icons for apps and shortcuts. Use it to create a new Bookmark shortcut within that app, and change the icon to the one you want to use. It also offers a small selection of basic image editing tools, but it'd be better if you had the icon prepared beforehand.

Is this what you're looking for? 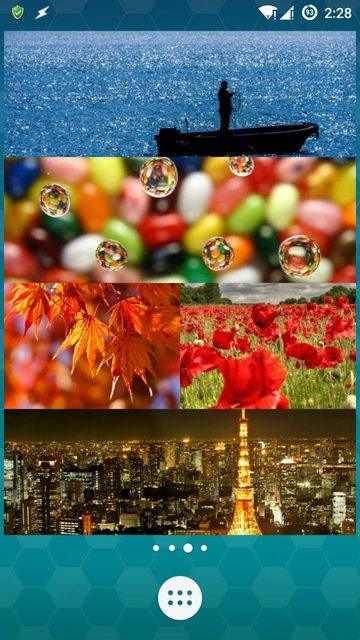 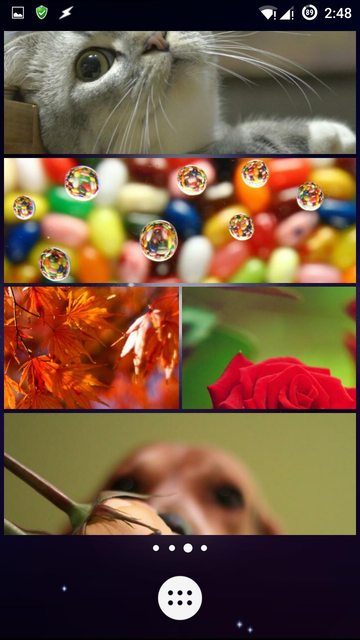 It seems that Dan's Showr app does the job well as per the comments on the question. But for some reason it gave me a red cross for any category of widgets I tried to place on Home screen. Perhaps, an update can fix it.

Anyhow, let's focus on creating some image blocks on Home screen. Also, this solution may seem a bit overwhelming at first but it's very easy to reproduce or create once you understand the flow.

Those nice screenshots that you saw at the beginning of this answer were created using Zooper Widget Pro. Its free version wasn't enough for my needs, so paid one is all you'd have to settle with for now.

The app is filled with multitude of options which gives you huge flexibility in making your widget, such as the custom margins that you can see in second screenshot. I'll give the basic idea to use it.

But how do you open a URL on tap? You can consider apps like Tasker (Paid) or MacroDroid (free/paid) to do that job.

URL is set now. You can test it by tapping your widget placed on home screen.

Your widget is ready to roll!

You can also open any other widget (like this) by tapping those image-cum-widgets, if you use an app like Popup Widget 2.

That's all for now. Enjoy the endless customization!

Not the answer you're looking for? Browse other questions tagged home-screen-shortcuts home-screen or ask your own question.

6
How to get out of broken home screen replacement?
13
How to put a shortcut to a settings submenu on a home screen
4
How to hide the top page navigation on tablet home screen?
1
Change layout of software buttons on home screen
1
How can I link to a local image from my home screen?
2
Remove search bar from home screen in Android 9 (“Pie”)
0
Create link to custom URI-scheme on home-screen (eg. zoomus://zoom.us/…) to start app
0
Change “add to home screen” image