"OK Google" too sensitive, reacts on "OK" only

When I want to start an "OK Google" query, I just have to say "OK" and Google Search starts listening.

Unfortunately that makes the features unusable because when on a charger my phone is always active and when anyone in the office says "OK", my phone starts searching away.

Same behaviour when I start the original "Google Search" app and use the hotword.

After searching around, this appears to be an issue with SlimKat ROM itself.

Reading this review of SlimKat or alternative link to article as their formatting is awful, the line that jumped out at me was:

suggests this happens on the ROM.

Also there is a theory that the launcher listens to OK G and starts background tasks for the searching.

Maybe it has something to do with the fact that it listens for "OK G--" and then it starts loading voice search while you're still saying "oogle", instead of it listening for "Google" and then loading up voice search, leaving you waiting for a short while?

It is worth noting that a friend with a Nexus 4 told me that sometimes it pops up on "OK" for him but it is rare. I can't find confirmation online.

Also some launchers try to incorporate the OK Google themselves, sometimes not in the correct manner and this can cause conflicts. For example the image below is from Nova Launcher (which I use myself very often) to show you its OK Google screen which is a separate function to the Google Search app's one: 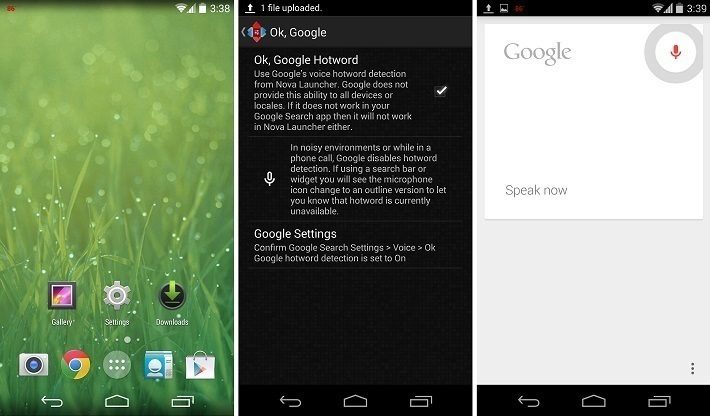 Finally some OEMs have their own "Hi Galaxy" ala Samsung and this can further muddy the water with this functionality. 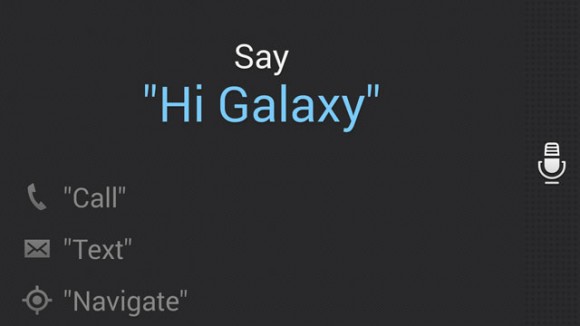 6
Can Google Voice Search be configured to confirm name before calling?
8
Can I train Google Voice Actions to better recognize my voice?
3
'Cancel' will not cancel OK Google
8
How do I disable the google voice typing/voice search 'ding' sound?
0
Okay Google Everywhere options missing from Google Now
0
Ok Google from outside the app
1
I cant wake my phone with "Ok Google" anymore