Android wifi hotspot shows up no matter where I am

I'm having some odd behavior on my Galaxy S3. Suddenly, there's another Wi-Fi hotspot showing up, which shouldn't be weird, except it shows up literally everywhere I go.

I work in Austin, but live an hour east of the city. The same Wi-Fi SSID is showing up not only at both locations, but on the entirety of the drive between the two. It's not a network I've ever seen or connected to before, and it doesn't give me the option to forget the network.

It's not showing a signal strong enough to connect (0 bars), but it's always showing up as:

I can see my home network just fine, and my neighbors. I can walk out into the hills behind my house, that were destroyed by a wildfire 3 years ago, with literally nothing around me for a half-mile radius, and still, this network shows up.

I don't think it's a legit hotspot, as my laptop shows only my and my neighbor's Wi-Fi, with even stronger signals than the phone, but doesn't see this new hotspot at all.

Probably also not a Bells of St. John scenario, either. Could this be an indication of some sort of infection/rootkit on my phone? Where does Android store the list of available connections between scans, and is it possible that something's just written to that file and is keeping it from being deleted?

Any help is appreciated.

Update: Ran WiFi Analyzer all the way from home to work this morning, watching as it picked up access points along the way. The one in question never wavered, always showing up -90 dBm. Played with some of the options when I got to work, and noticed that the AP's MAC address is all zeroes. 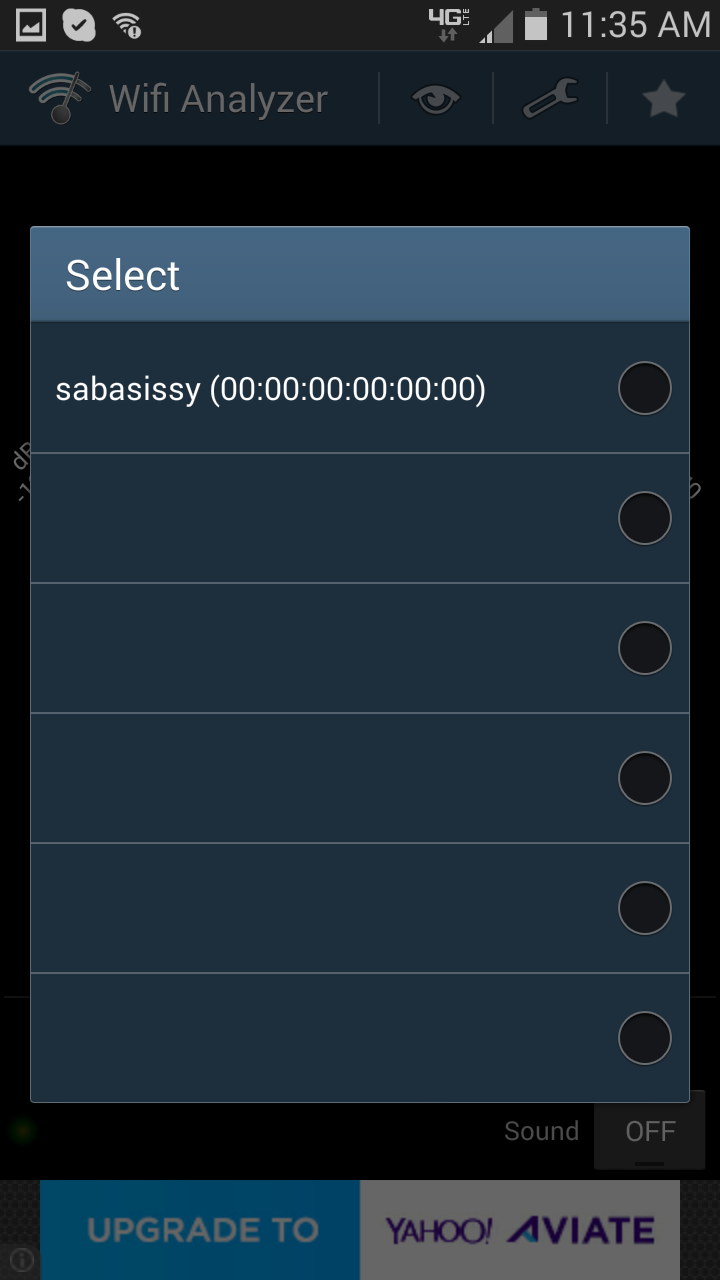 Update 2: Restarted my phone, and it appears to have gone away for now.

Browse other questions tagged wi-fi or ask your own question.

0
Trigger WiFi hotspot based on known WiFi availability or location
3
How to transfer huge files between Android phones only with ES File Explorer and Wi-Fi?
1
Using Android to PC over Wifi apps while device is hotspot
2
Android Wifi Hotspot turn off all the time
1
Completely disabling cellular data and limiting apps only to WiFi when available