How to use your voice to add items to a shopping list?

With iOS Siri, you can say "Add tomatoes to my shopping list" and it will add it to a list titled "Shopping List" in the "Notes" app, easy.

In Android, using S Voice or Google Voice, if you say "Add tomatoes to my shopping list" it will google that, which is unhelpful.

Ideally there should be a way to add items to lists generically in Google Now. Is there such a workflow?

I am aware Grocery IQ app has Voice entry, but then the workflow is tedious: Hold a button, say OK google, say Open Grocery IQ, then tap a mic, then Say tomatoes.

One idea is to use notes on the front home screen that is easy-access. 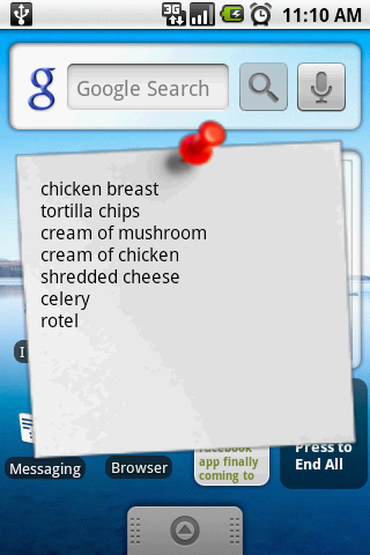 Not the answer you're looking for? Browse other questions tagged google-now to-do-list s-voice .

8
Use Google Now as a Voice Dialer replacement when pushing "call" on car head unit
1
How to enable voice-activation of S Voice when in car?
9
How to disable shortcut to launch (Samsung's) S Voice *without* accepting its ToS?
2
How do I use ok Google with SoundHound?
3
How can I add a Google Now card from corresponding search result card?
9
How to activate Google now voice commands from the lock screen like siri?
0
How to open Play Market via a voice command?
2
How to stop S Voice from starting every time the headphones is inserted to Samsung Galaxy S5?