Is there a way to find the battery usage of apps on Moto 360?

I've been using the Moto 360 for a while now, When I started using it the battery life lasted almost the whole day. After a while of usage with couple of new apps, I noticed that the Moto 360 died even before it was evening. So, Is there a way to find the battery usage of the apps running on the Motorola Moto 360 ?

With the Lollipop update for the Moto 360 and the latest Android Wear app, it is possible. From the Android Wear app, go to the main screen and tap the settings gear. From there there is a "Watch Battery" option that will show you the requested information.

I found the solution for this over an year back itself. There was a neat little app called Wear Battery Stats on the Google Play Store. 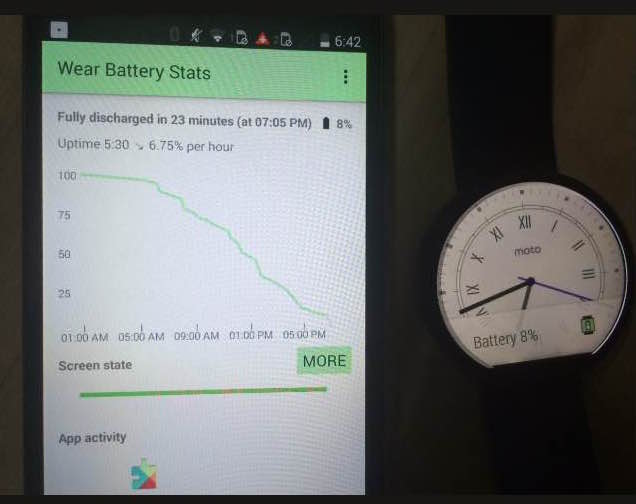 Not the answer you're looking for? Browse other questions tagged battery-life android-wear motorola-moto-360 or ask your own question.