Why can my tablet not use my phone's internet over bluetooth?

The Kindle does everything I want it to do and I see no reason to carry around a smartphone as I have no need for one (yes, this is coming from someone who owned a Samsung Galaxy S3 for two years!).

I have connected the Nokia to my Kindle via bluetooth and have noticed the 'connect to this device for internet-access' option: 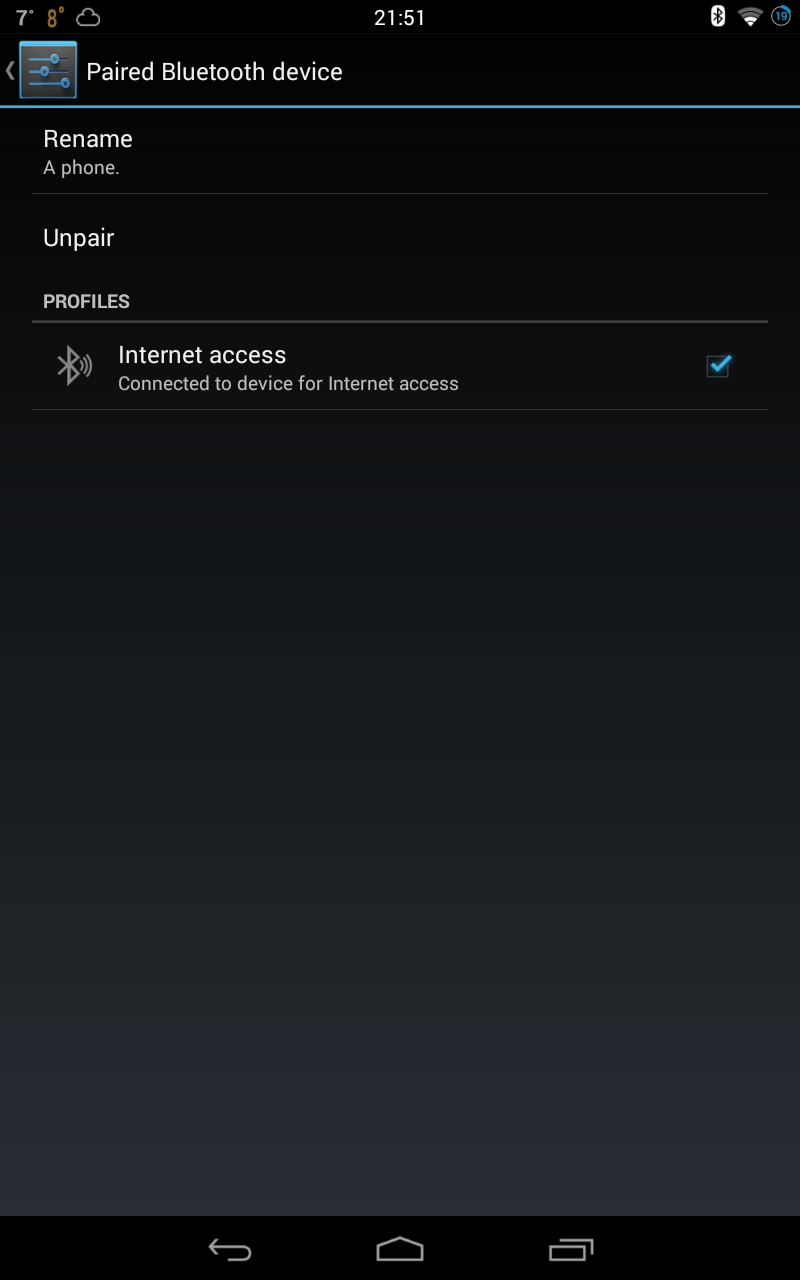 The Kindle is certainly telling the phone that it wants to use it for internet access, but however Chrome on the Kindle is telling me that it doesn't have an internet connection.

I've read on various websites that Bluetooth DUN and PAN is disabled on KitKat because it's buggy and Google haven't fixed it yet. Is this true?

I've also tried various bluetooth DUN apps to try and get this to work and bluetooth DUN simply tells me 'this device is not supported' and the other doesn't do anything.

Is it possible at all to access the internet vi

According to xerox89 at XDA-Developers:

Not the answer you're looking for? Browse other questions tagged bluetooth-tethering bluetooth-pairing or ask your own question.