But when I press on it, nothing happens.

How can I install this update? 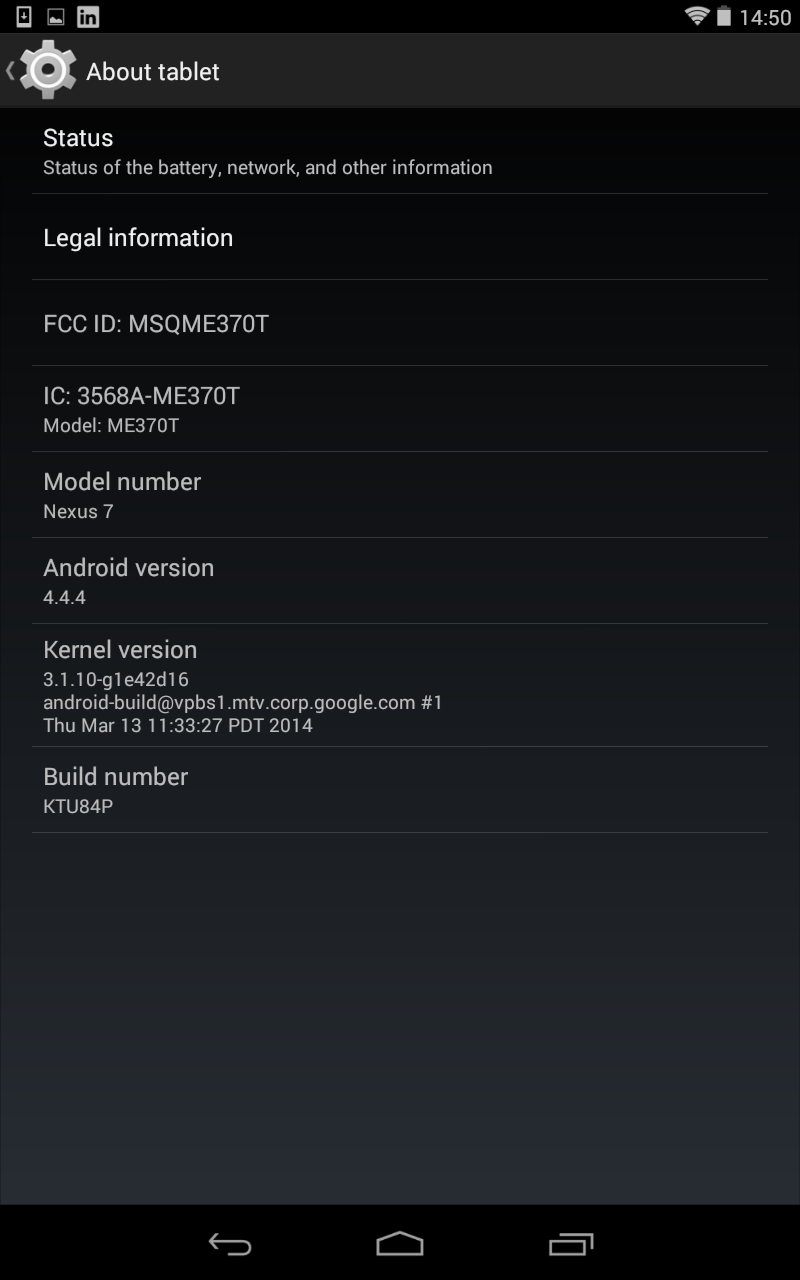 Do you have multiple user accounts on your tablet? If so, have you tried installing the update from the other account(s)?

I have two accounts, and when the 5.0.2 update got pushed to my device, both accounts got the notification. However, one of them had the same symptoms you described -- nothing happened when I pressed the notification, and the settings app didn't say anything about the update. From the other account, the update worked.

Strangely, the account that worked was not the one I created when I setup the tablet.

On your Nexus tablet go to:

This should take you to a screen that tells you that you have a system update downloaded, and it should have the option to "Restart and Install".

Not the answer you're looking for? Browse other questions tagged updates nexus-7 android-versions or ask your own question.

6
Can 4.3 update notification be removed?
1
Android 4.4 OTA system update hangs on Nexus 7 (2013)
1
Can not update to lollipop due to TWRP recovery
2
Update Android device, but not to latest version
3
Two identical devices, only one offers system update
1
Failed OTA update Nexus 7 (2012)
0
Update won't install. How to fix (or should I bother)?
1
Remove downloaded system update from Huawei
0
Android 7 won't update