My phone has been claiming the impossible for a while (see screenshot). Namely, it claims that more internal memory is being used than is available, and hence it is rather difficult for me to download new apps.

I believe that some apps that are located on the SD card are falsely being seen by my phone as living on the phone's memory, and it's somehow adding those numbers to the total amount of storage taken up.

If I go into my podcast app, for example, it says it's taking up about a gigabyte of internal storage even though a) that's not possible, b) it's all on the memory card when I go look in the file manager, and c) DiskUsage app shows this memory as being on the memory card, too.

DiskUsage app shows my internal memory as being just less than full, which I can deal with because I can delete a few things; I don't want to have to delete my podcast app's data again, though (it takes forever to get it set up again) every time I want to download a new app.

I tried dialing code #99009# and get an "unrecognized code" error message. My phone's also not rooted and I'm not going there :-/ I'm not that into tech and I think I would just end up wrecking everything.

Any specific advice would be awesome! 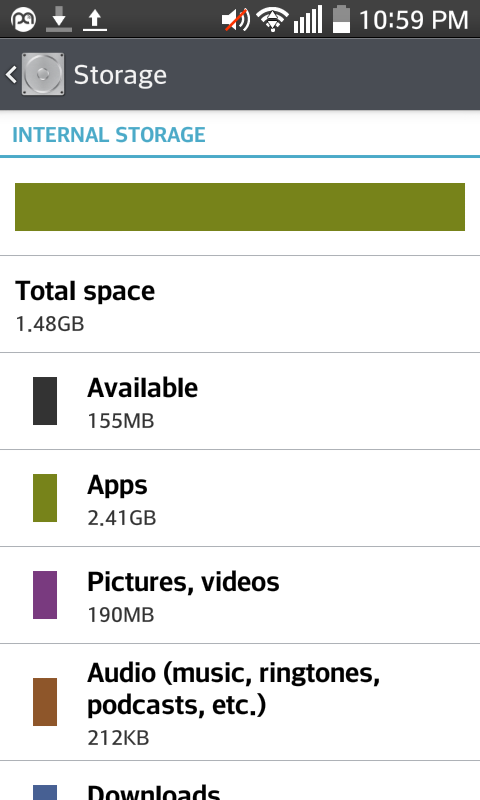 112
What can I do to manage my phone's internal storage?
4
Can I move apps to internal USB storage?
1
View internal Storage use
0
Why are apps taking up more space?
4
Missing storage on Tesco Hudl 2
0
Why can't I save apps into my SD-card?