How to disable airplane mode switch when phone is locked

When I display the quick settings panel, there are shortcuts to enable some functions (wifi, data connection ...)

When my phone is locked (pin code), the location switch disappears, (for security reasons AFAIK).

But the airplane mode switch is ever displayed, so a thiefer could easily enable it, and disable location by the same.

Is there a way to disable the airplane mode switch when my phone is locked ? 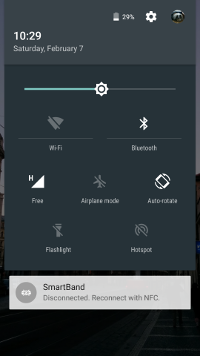 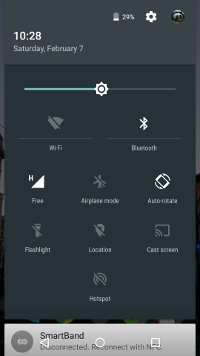 The tiles that you can toggle in the Quick Settings are assigned particular names and are stored as a value for the key sysui_qs_tiles under the table secure (both key and the table may differ for your ROM) of settings.db (Settings Storage app).

To find out the value stored in the key sysui_qs_tiles, enter the command

airplane is for Airplane mode. If you remove it from the value, the quick tile would instantaneously vanish.

It must be noted that you should not use the aforesaid value but only the one which you got from your query.

As for hiding/removing the Airplane mode on the lock-screen and adding it back when the screen is unlocked you can use an automation tool, such as Tasker or MacroDroid.

Should you decide to use MacroDroid, install Secure Settings too because it is needed to run commands in MacroDroid's actions. 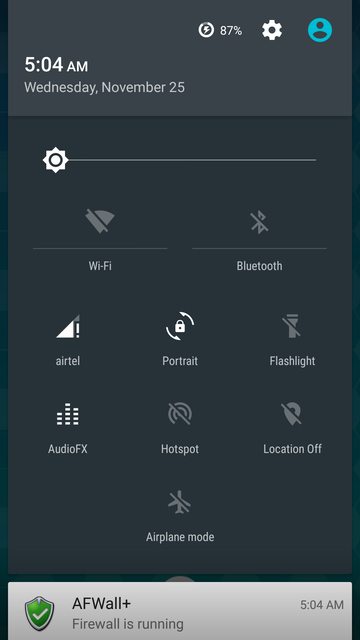 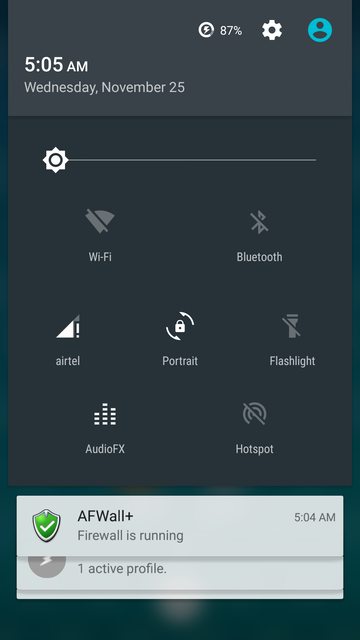 It is possible to use this solution without root access. You would need ADB running in wireless and loopback mode for that. It is not very convenient, however, it does work. For any guidance, see my answer for Lollipop hide quick settings on Lock screen.

Install XposedInstaller and use GravityBox module. It has a setting for disabling the Power button at lockscreen. Hope it helps.

I have not seen any way in which this can be done on stock Android.

If you are willing to root, this can be achieved through a custom ROM like Cataclysm.

Not the answer you're looking for? Browse other questions tagged 5.0-lollipop nexus-5 .

65
Is there a minimal installation of ADB?
16
Lollipop hide quick settings on Lock screen

1
Can I enable OK Google in my Nexus 5 even when phone is locked?
2
Why does GMail appear on my phone without unlocking?
2
Customizing the notification-area toggles in Lollipop
1
Lollipop: override security policies (specifically lock screen/Exchange/Office 365)
2
Using a custom Lock Screen does not unlock the SIM (PIN)
0
The "While locked" or "When device is locked" menu is missing in settings
1
Disable auto-app switch on Xperia Z3 when headphones are plugged in