Google Play Services is distributed as an app package, so it can be updated directly, outside the normal Android update process. This means that an app developer can choose to use some or all functionality from this package and know that it will be available even on devices running old Android versions.

Apps that use the features listed above won't work if you disable or uninstall the Google Play Services package.

Google Play Services doesn't have an activity you can run from the launcher (i.e. there's no icon to start it). It isn't an app that you use directly: it's only there to provide the above functionality to (Google and third-party) apps that use it. For that reason, you probably only need this tag if something has gone wrong.

Here's what it looks like when you select it from Settings → Apps: 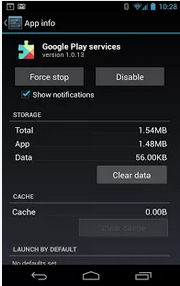 Where is data of Google Play Services located in device? Can I safely delete it?