Use this tag if your issue is truly specific to the 'Samsung Galaxy S5' (SM-G900*) device.

Samsung Galaxy S5 is an Android smartphone produced by Samsung Electronics. Unveiled on 24 February 2014 at Mobile World Congress in Barcelona, Spain, it was released on 11 April 2014 in 150 countries.

Depending on the area dedicated for, its technical name is one of:

Full device specifications can be found at GSMArena.COM. 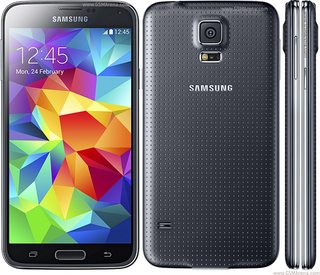