The Samsung i5700, also known as Samsung Spica, Samsung Galaxy Spica and Samsung Galaxy Portal, is a smartphone manufactured by Samsung that uses the open source Android operating system. 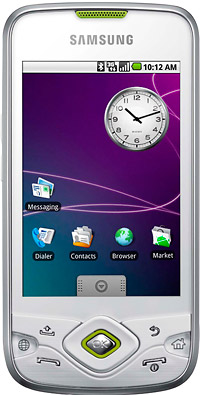 The Samsung Galaxy Spica (i5700) is a 3G smartphone, offering quad-band GSM and announced with two-band HSDPA (900/2100) at 3.6Mbit/s. The phone features a 3.2-inch LCD capacitive touch screen, a 3.2 Megapixel autofocus camera, and a digital compass. The i5700 has a standard 3.5mm headphone jack and is equipped with DNSe 2.0.

This phone is available in Europe, Asia and Middle East. The Spica is Samsung's second Android-based handset for Europe.

Full device specifications can be found at GSMArena.

How do I toggle headset/headphone mode manually?