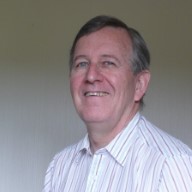 I am a retired analyst. My computing experience was in three main areas:

It was work on real-time systems that really caught my imagination, and I still miss its disciplines after having had to transfer to work in other areas. A German colleague once pointed out that moving machinery under computer control was the ultimate train-set!

I have worked with many common programming languages, from Algol 60 to C++, though I have never had much to do with commercial coding, and my knowledge of database programming is limited.

My career embraced most aspects of the software business: sales support, system design, coding, installation, testing, documentation, training and technical support. I very much enjoyed this variety of tasks, and I found that work in each area brought insights to tasks in the other parts of the development cycle.

I never found Windows much to my liking, though it became the OS favoured by my employers: I now use it when I have to, because many superb applications are unavailable on other operating systems.

After working on main-frame Unix, I watched the development of Linux over the years with great interest, and Ubuntu is now my OS of choice for PCs.

This user hasn't posted yet.