what is the advantage of using the GPU rendering options in Android? [duplicate]

Here is a screenshot: 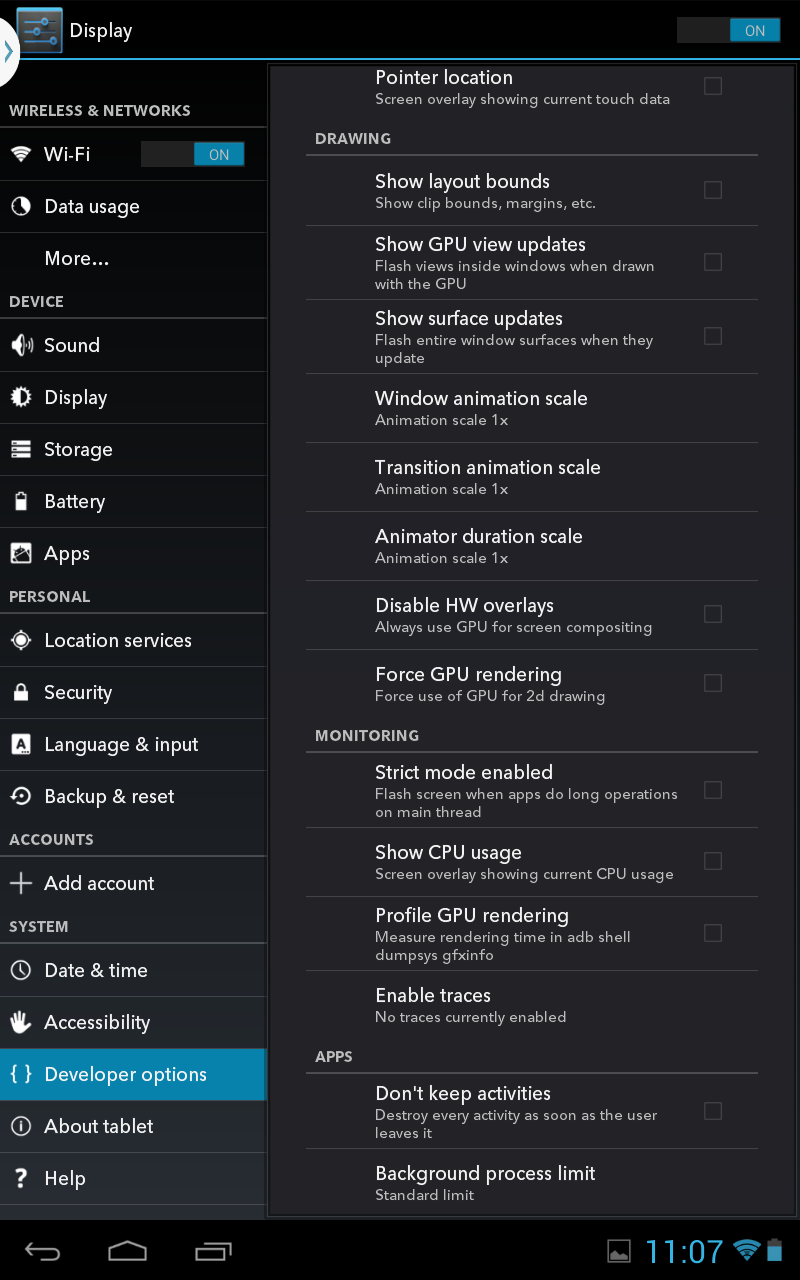 Will it speed up my device to enable the two GPU options?

Force GPU rendering and Disable HW overlays are discussed in Can anyone explain all these Developer Options?, which see. The former basically makes no difference unless you have a very old phone, because all the 2D canvas rendering is done on the GPU on most phones anyway.

The latter won't make any difference in speed but will probably use more battery power if you turn it on. Many phones have a hardware overlay built into the display controller. This is a simpler piece of hardware than the GPU, but it can only do simpler operations. In the simple screen composition cases, the hardware overlay is used, and this uses less power than doing these simple operations on the GPU. Only in more complex cases (such as while window animations are happening) does the full power of the GPU need to be used. Turning this option on will make the phone use the GPU all the time, even in easy cases, which burns more battery power. It's only useful for system integrators to debug Android on their hardware.

Show GPU view updates and Profile GPU rendering are useful for app developers to learn how efficiently their apps are using the GPU. They make extra information available, which costs a little power (but probably not enough for you to notice). They won't make anything go faster.

15
Can anyone explain all these Developer Options?

51
When will my device get the Android 4.1 update (Jelly Bean)?
3
What do the “Sync Internet” and “Sync Instant Upload” options do in Jelly Bean settings?
1
Google Account shows two Android Login Service in Connected Sites, Apps, and Services
29
What's the best way to restart Android via command line (remotely)?
3
How can I find obb folder in a rooted device to copy a game's sd data files and play game?
0
Service Mode “Menu not Exist” Android 4.1.2
1
Impact of removing the launcher from Android device