How can I prevent bogus one-letter empty contacts from appearing in a dual sim phone?

I have a dual SIM phone and my address books keeps getting populated by these empty bogus one-letter contacts that are shown as being read from the second SIM, see picture:[ 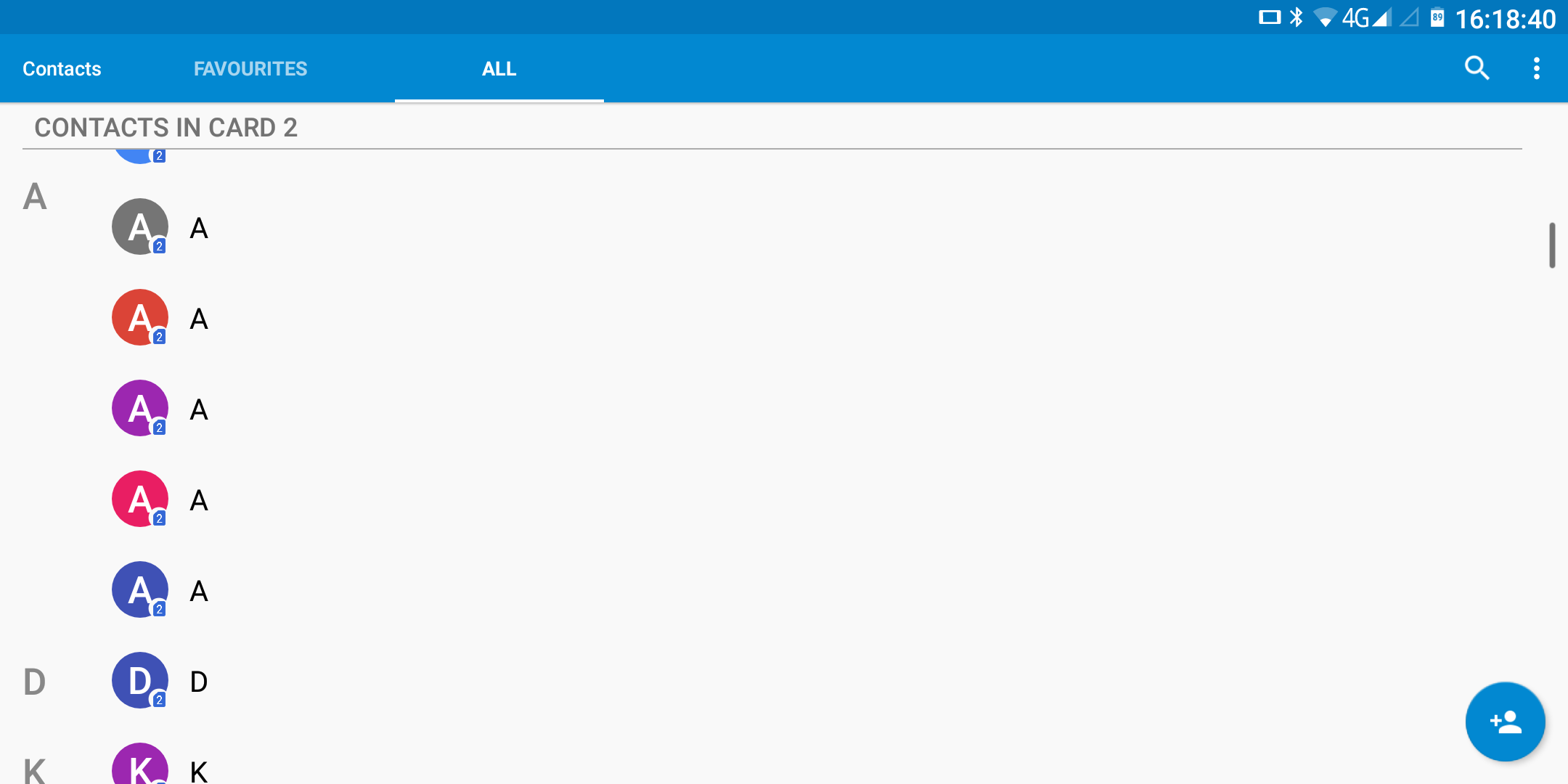 If I delete them, after some time, they appear again. I had some saved contacts (like 112 aka European 911) from my primary SIM that also appeared in this fashion but after I deleted them from the first SIM, they stopped appearing. However, I cannot deleted those from the second SIM card, because they are not there! I have this confirmed by another user of hte same phone (Gemini PDA) and also by someone who used to own a dual SIM Sony Experia, so it seems like a bug in Android. Any idea what to do about it?

Browse other questions tagged dual-sim or ask your own question.