IBM website zoomed in too far in various browsers

I've had a long-standing problem on my Android phone with IBM Community forum websites.

Forum postings like this one are zoomed in too far. I can't read the text on either side of the page (portrait or landscape).

I have the same problem in all browsers that I've tried. I've tried pinching out the screen to zoom out, but that doesn't do anything. It stays at the same zoom level.

My uneducated guess would be that the page isn't handling responsive design properly. I've reported the problem to IBM. But they don't seem to be interested in fixing it.

In Safari, there is an option where I can zoom out at a set percentage (85%). 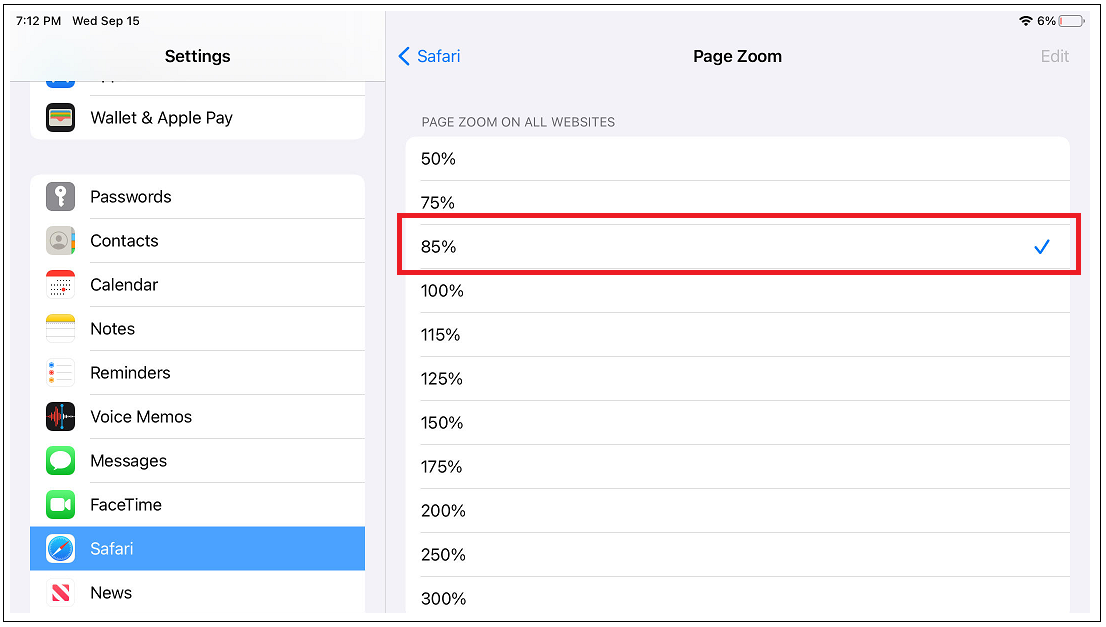 That works well. There's a tiny bit of cutoff at the righthand side. But I can live with that.

To compensate for the problem with the IBM website on my phone, is there a way for me to change the zoom level in an Android browser app? (just like I did with Safari?)

So far, I haven't found a setting like that in Samsung Internet, Firefox, or Chrome. I'm open to installing a different browser on my phone if needed.

Since you are open to trying other browsers, install Opera and open the site in it. Next, tap on the symbol with letter A (circled in screen shot below) and the content is rendered legibly in Reader Mode

If you are comfortable viewing in desktop mode, that also works.

Edit: If you want to use Chrome and are fine with Safari like experience, from Settings → Accessibility → Text scaling adjust the slider to increase/decrease font size and view the site in desktop mode. The last word of every sentence is clipped though.

Not the answer you're looking for? Browse other questions tagged chrome-for-android browser firefox zooming samsung-internet-browser or ask your own question.

3
Improve scrolling lag in Android
2
Typing in Web Browser (Firefox and Chrome) Text Boxes and Text Areas on Android is Awkward
2
When you lock down a Lollipop device to disable Chrome's incognito mode, this creates an XML "restrictions file". What actual XML is inside the file?
13
On Android, how to disable Google Chrome's incognito mode
3
Secure Android browser
1
Ads page opening on browser startup
1
Intrusive ads on Google Chrome for Android
4
How can I see which websites use up most of my foreground data?
3
WhatsApp Built in Scanner Won't Work