Is there a way (with root?) to prevent Android task killer from killing certain apps?

I'd like a browser app (FireFox) not to be killed every now and then by the system's task killer since I'd like to use certain single page applications that hold some data and are not loaded very quickly. Is there any way to deal with this, even if root is required?

Some time ago, I've updated my device from a 1 GB RAM to another one, 3 GB RAM and everything went well (browser stopped to get killed at all). But after a system update in Jan 2016, things got even worse, now FireFox usually gets killed even after an alarm clock rang or I opened a camera app. This is a major issue for me so I appreciate any help about this.

It's possible with root, you can tweak oom_adj values to prevent apps from being killed, alternatively force the target app to stay in memory by "locking" it or change some related settings responsible for killing apps in low memory condition.

Android uses a different way of handling processes. Instead of killing every process after its activity ended, processes are kept until the system needs more memory. The idea is to give speed improvements if you start that activity again. But how/when does Android kill a process if it needs more memory and which process to kill first?

This is managed by the LMK (Low Memory Killer) driver of Android. You may already know that every app/process in Android is assigned an oom_adj value, which indicates the likelihood of it being killed when an out of memory (OOM) situation occurs. More higher it's value, the higher likelihood of it getting killed. Valid range is -17 to +15. (if in the -17 range means it won't get killed). According to that, there are six groups (OOM groups), into which apps/processes are categorised:

Basically these could be described as:

FOREGROUND_APP: This is the process running the current foreground app. We'd really rather not kill it!

VISIBLE_APP: This is a process only hosting activities that are visible to the user, so we'd prefer they don't disappear.

SECONDARY_SERVER: This is a process holding a secondary server -- killing it will not have much of an impact as far as the user is concerned.

HIDDEN_APP: This is a process only hosting activities that are not visible, so it can be killed without any disruption.

CONTENT_PROVIDER: This is a process with a content provider that does not have any clients attached to it. If it did have any clients, its adjustment would be the one for the highest-priority of those processes.

EMPTY_APP: This is a process without anything currently running in it. Definitely the first to go.

These groups are defined by oom_adj value limits, and apps would fall into one of those groups according to the oom_adj value assigned to that particular app. "Foreground apps" usually have an oom_adj value of 0 or less (so they are the least killable; i.e High priority).

"Empty apps" have a higher oom_adj (they are killed early; i.e Low priority). Also, oom_adj value changes according to the state of the user app; it's 0 when the app is active in the foreground and assigned a higher value when the app goes to the background.

Why their "killability" differ? Apps belonging to these different groups (that have different oom_adj's), start to get killed at different levels of free RAM. These triggering RAM limits are defined by the LMK minfree values. Above 6 categories correspond with 6 RAM limits which are set in the LMK minfree. eg: Stock Android 4.3 in my device comes with the minfree values of 48,60,72,84,96,120. (these are in MB). 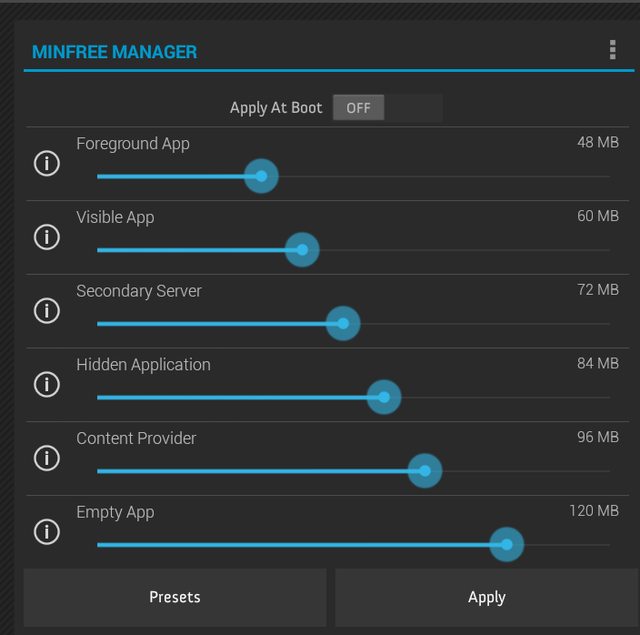 Nowadays there is much user friendly implementation of RAM management mechanism with UI in system settings (such as App optimisation in Battery settings, Protected apps in some ROMS e.g Huawei’s EMUI etc) and can have the same effect as described above:

Having said that we can now explore ways in which, RAM can be utilised without killing foreground applications too often. The target areas will include:

2.Locking apps in memory to prevent them from being killed 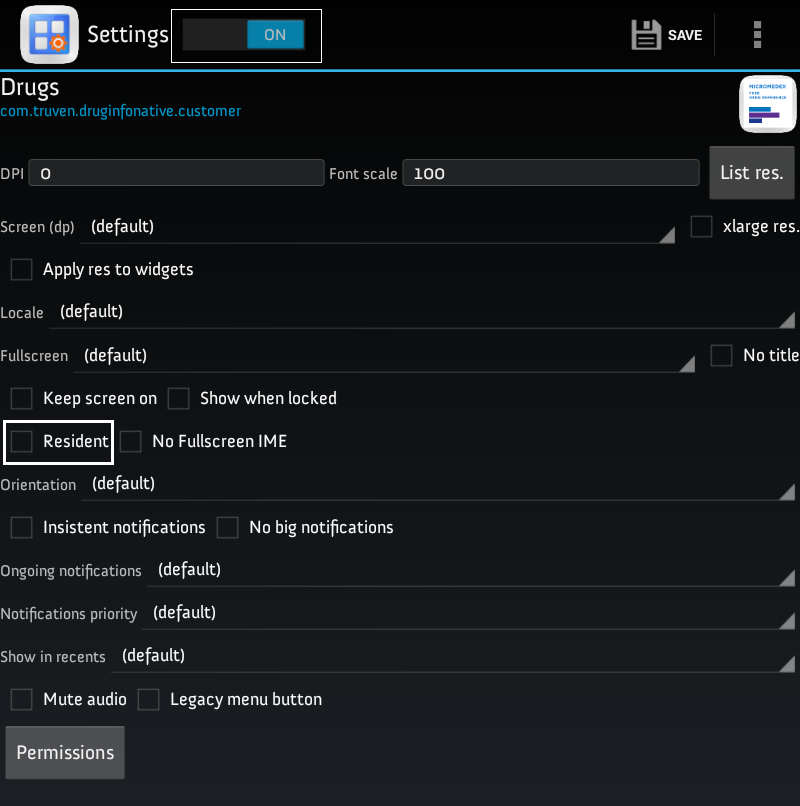 Another implementation of this concept is locking the target application in memory by controlling the system files for setting oom_adj for all running processes.

How the application works:

All locked applications are automatically locked after each reboot. Apps are classified as downloaded/system apps, to unlock select target app and click on the lock on right side. (You can optionally set oom_adj priority)

Alternatively, go to Settings→Battery→Battery Optimization and set Firefox to Don't optimize can help a bit.

The post above is very thorough, but I will add instructions for a few specific models (stolen from ASM app page). Note that for apps that use more memory (eg Firefox), the system will likely eventually kill the app anyway when other apps request memory space. If the cached ram is needed, the largest and oldest apps go first regardless of battery saving settings, and Firefox is a big spender.

How to deal with (known) Battery savers?

Huawei (depending on models) In Android settings > Advanced settings > Battery Manager, add app to the list of Protected Apps or: Battery > Close apps after screen lock, uncheck app from the Lock screen clean up

Asus (Zenfone) Open your Auto-start Manager and allow app to be started.

Infinix Open your Xmanager app, Auto-start manager and allow app to be started.

Not the answer you're looking for? Browse other questions tagged ram or ask your own question.

3
Are there specific cases in which a task-killer or “fast reboot” program is helpful?
3
Is there a way to perform a memdump of an android device?
8
Choosing apps to load and remove from memory when using Android
0
Are there situations that a crashed Android app's task will remain running in the background?
0
Android - is there any negative impact when you wipe out RAM and CACHE data for all Apps at once?