I accidentally started the download/install process for the Android 11 beta, can I cancel it?

I have two Pixel phones on Android 10. Yesterday I joined the Android Beta program to get Android 11, with the intention to try Android 11 on one phone and keep the other on Android 10. I started the download/install process on one phone. Today, I wanted to check on the progress of the Android 11 update process, went to settings and saw that an update was available. Thinking that maybe it timed out and I just needed to try again, I chose to download/install the update.

Immediately after it started, I checked which phone I was looking at, and was horrified to find it was the other phone, the one I wanted to keep on Android 10. So I wanted to cancel the process on this phone, but there is no cancel button. Since the UI didn't provide the option, I thought I'd try killing the processes on the phone.

This killed com.google.android.configupdater, but update_engine refused to die. Every time I tried killing update_engine, a new one would pop up.

When I went back to the system update screen, though, it mercifully indicated that the download was paused. BUT it only presented an option to Resume, NOT to cancel. 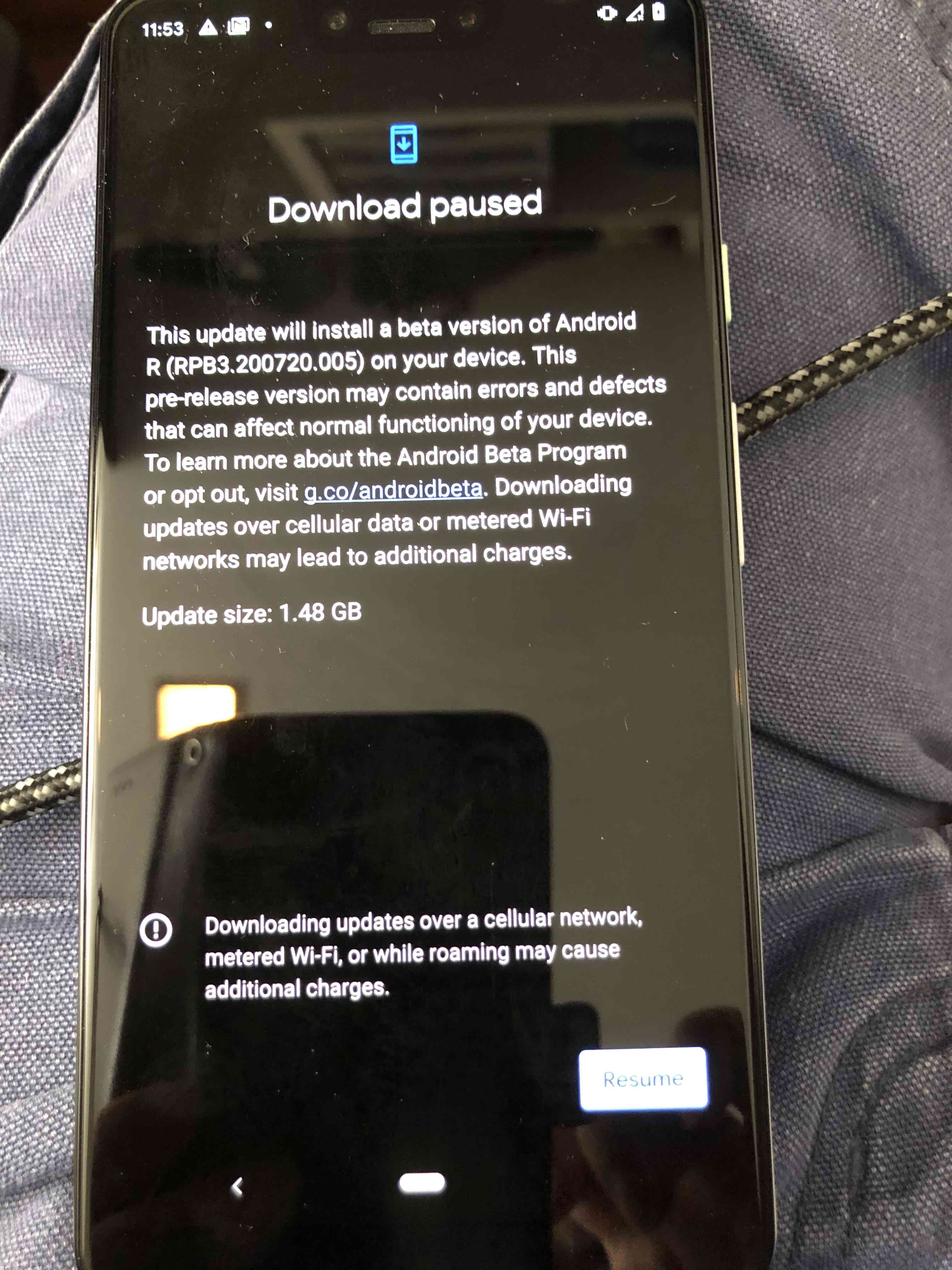 Even then, this reprieve was short lived, as it soon automatically chose to Resume, without receiving any indication from me that I wanted to do that.

I have now turned off the phone while trying to figure out how to keep it on Android 10.

I see that in some cases, after the download is complete, the user will be given a final chance to decide whether to proceed. Is this true for the update to Android 11? And as the question in that link asks, can I choose to just delete the download instead? Or is there even some way to cancel the download in progress? I'm nervous about letting it complete and then maybe deciding for me that I want to proceed rather than selecting "Later".

Update The other phone that I had intended to try Android 11 with, after the "download and install" process, did not give me a chance specify "Later" or "Cancel". So I can't just wait and cancel it, but may need to find some way to reset the "download and install" process while it is happening. Meanwhile I'm buying time by keeping the Android 10 phone off most of the time.

Update 2 I also did consider downgrading to Android 10 once Android 11 is installed, e.g., following this guide, but it seems troublesome and potentially risky. Would much prefer some way to stop the present download/install of Android 11.

I kept my android 10 phone off for some time. Finally, now that Android 11 is official, I found that the phone is still on Android 10, and now it only provides an option to upgrade to Android 11, but has not forcibly upgraded my phone.

So I guess one answer to my question would have been: Just wait till Android 11 comes out of beta, and then the download process for Android 11 beta would automatically stop.

Not the answer you're looking for? Browse other questions tagged updates ota-update android-beta-program or ask your own question.

9
Accidentally cancelled update to 2.3 this morning; how do I get it back?
1
Samsung Captivate AT&T OTA Update Stuck at 99%
2
Can I update my android system although the USB port is broken?
7
Accidentally accepted update, how can I abort before it actually installs?
1
Android 4.4 OTA system update hangs on Nexus 7 (2013)
1
Duration of System Update - Nexus 4 (after download) - 4.4.2 to 4.4.3?
5
How can I cancel an ongoing OTA update download?
1
booting Android lenovo A6000+
0
Should I use the Android Q Beta?