Recently released Google Maps doesn't have a standalone app for Navigation which was quick to use - only one tap and voice recognition to start. It takes at least four taps in new Maps to navigate, which is not good to operate while driving. Google Now is not on devices with ICS and below (still majority).

How to start navigation quickly by one tap in current Google Maps? (Google Now is not supported) 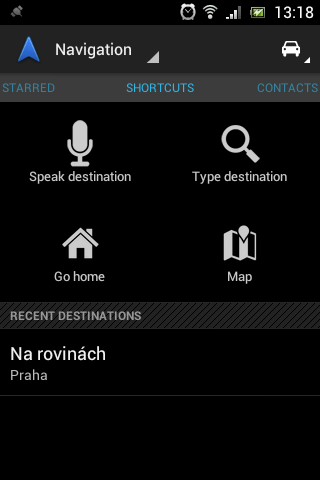 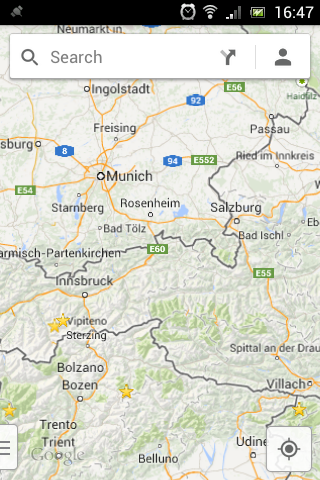 Solution for english is to use Voice Commands. Tap on a mike of a Google Search widget and say „navigate to ‚desired destination‘“.

In other languages you can find a voice assistant like Antelli for Czech who can launch the navigation for you the same way but in your language. (Set it to listen immediately after launch.)

Or with English UI language you can say the command phonetically in your language set for Speech recognition (at least on Android 4.4). If you tell it well so the recognition writes the english word, the voice command will work.