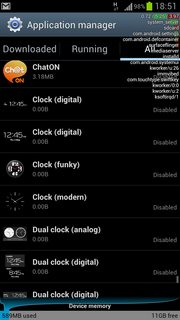 67
How can I stop applications and services from running?
6
Is disabling built-in apps fine?