There was some problem with my 1-yr-old Moto E 1st gen. It got dead and after some time the dead android guy appears with some red-blue thing on its chest. It appears for half a second. I pressed Power+volume Down and menu appeared saying 'Device locked status code 0'

Then I tried to install firmware 'RETAIL-DSDS_CONDOR_KXC20.82-14_cid7_CFC_1FF.xml' flash images whatever they say. But in every command it returned 'Failure' and not 'Okay' as expected. Now phone is at is, with dead android guy appearing since yesterday. Please Help.

I followed steps from here 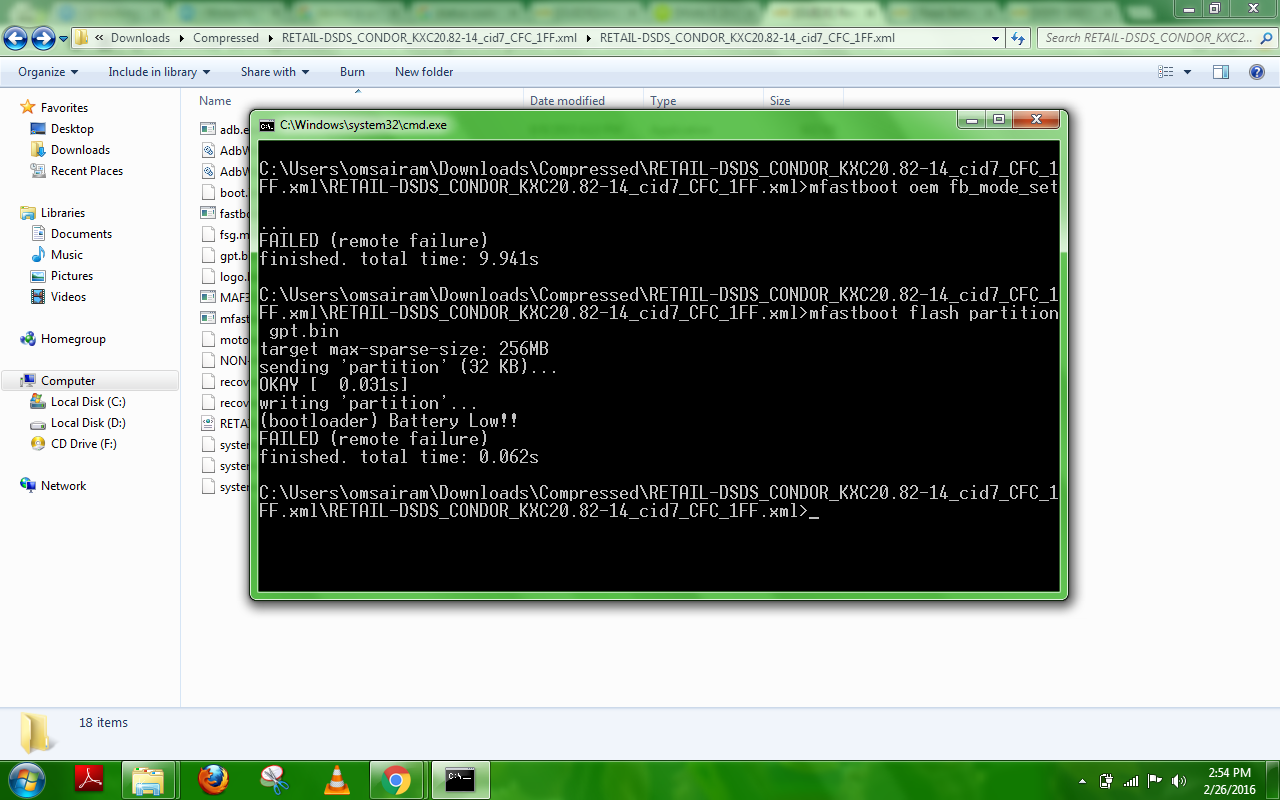 Again did flashing but got the same failed(remote failure) in all commands. After that I plugged out the phone and in the fastboot menu it said 'Last time flashing failed'. Now what to do ?

Not the answer you're looking for? Browse other questions tagged 5.0-lollipop hardware device-firmware bootloader-lock motorola or ask your own question.