Why did my Nexus 4 download the Jelly Bean 4.3 update again?

I've got a stock, non-rooted Nexus 4 which I updated to Jelly Bean 4.3 when the OTA update came out a month or more ago. Just today I got another message that there was a system update available. It said it would update to 4.3, and I double-checked (and took a screenshot), and confirmed I already had it in "About phone."

Nonetheless, I went ahead with the update to get rid of the notification, and it went through the usual process. The before and after screenshots of the about screen confirm that I had the exact same Android, Baseband, and Kernel versions, as well as the same Build Number. I can't find any differences after the update. Does anyone know why this might have happened? 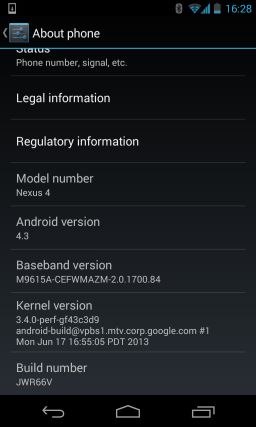 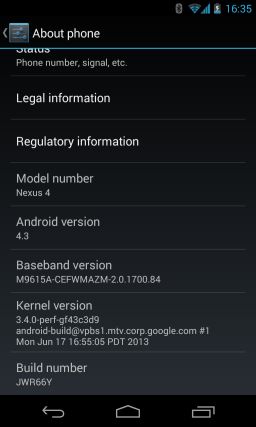 The before and after screenshots of the about screen confirm that I had the exact same Android, Baseband, and Kernel versions, as well as the same Build Number

Actually, they do not. The first screenshot shows a build number of JWR66V, and the second is JWR66Y. An official changelog has not been released, but T-Mobile's documentation indicates that the update contains "security" updates. You can also find some (unofficial) discussion of the actual code commits in this article. So although the version number was not incremented, it is a different build than you previously had.

Not the answer you're looking for? Browse other questions tagged nexus-4 ota-update 4.3-jelly-bean or ask your own question.