Galaxy S not responsive after an aborted firmware update

I just bought this Samsung Galaxy S, installed the Kies software, then it automatically downloaded an update for my phone. I plugged in my phone and it began the update.

After a few seconds the client said something like 'Error: DLL not found.' (I can't remember exactly what it said.) The update stopped. (In the client.) On the phone's screen, it said "Downloading...". It said this for around 2 hours before I eventually decided to take the battery out and attempt the update again. But, when I restarted the device, the following symbol was displayed on the screen: 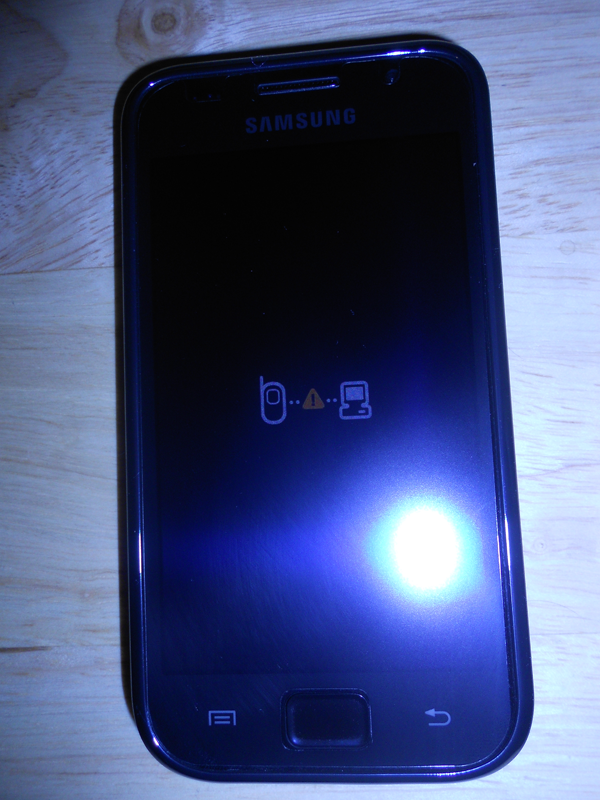 I plugged the phone into my PC, and Kies and it said "update failed, Emergency recovery." The client couldn't connect and told me to refer the the manual on how to boot my phone into recovery mode. I tried it and nothing happened. The same symbol is still on the screen, all I can do with it is turn it on and off.

Is there any way I can use my phone again? I don't care if I have to do a factory restore and lose all its data.

The below assumes you have the GT-i9000 (international Galaxy S).

Go to this XDA thread and download the newest 2.2 firmware for your region. Download Odin for Windows (search for "Heimdall" if you are on Linux). Then do the following:

Note that you do this at your own risk; Odin is very powerful and misusing it can damage your phone. I've used it dozens of times myself safely.

It worked for me.

Not the answer you're looking for? Browse other questions tagged samsung-galaxy-s updates samsung-kies device-firmware recovery-mode or ask your own question.