I am posting this because I recently started getting "insufficient storage" error on my device. I've had this before and I knew exactly had to fix it because I had come back from a vacation then and there were a lot of pictures on the device; So it was a simple matter of moving all the pictures and videos off the device for it to start working again.

This time however it is a little confusing for me. I will start with some pictures: 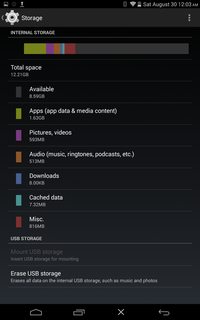 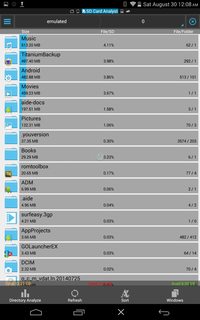 So far everything looks fine, I seem to have a lot of space left to install one measly app right? Just to confirm, I used Clean Master to try to move some apps to device storage: 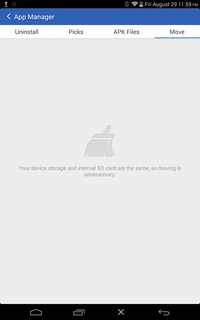 No gimmicks here, Clean Master sees that I only have one storage medium on my device. So why do I get these errors? 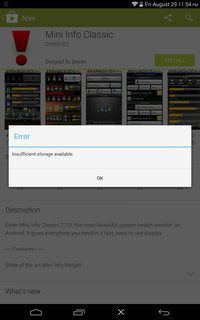 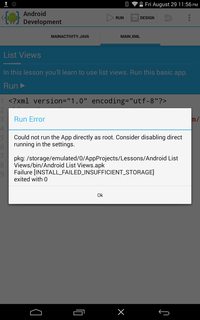 I'm just confused about the whole thing. Everything else seems to be saying I have enough space, but apps are not being installed because I don't have enough. What can I do here?

EDIT: Even more weirdness, it won't let me install the 300Kb file with the image I posted above, but it lets me install a 3Mb file from the playstore. Basically I can install some apps but not others and it doesn't matter the size, my device just wants to make me crazy no problem. Ex. This app (2.6M) installed fine, but this one (2.1M) didn't due to "Not enough space".

What I have tried: 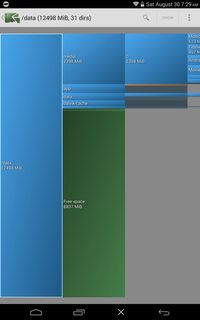 --> The above pic shows that I have enough space left on the /data partition to install atleast A LOT of apps! 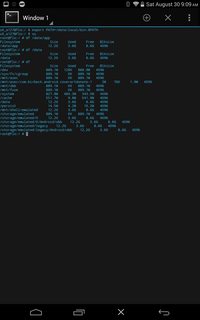 Note I have tried the solution posted at the "Possible Duplicate" link and it did not work nor did I expect it to. The problem here is not that I have insufficient space to install apps because as you can see, I have a lot of space and I am able to install some apps. The problem is deeper than that and probably has to do with the way files are installed on my tablet

You might have needed to wipe the user cache, which I think happens automatically over time (hence the umpteen reboots solving the problem).

try to flash EBR to increase your system memory from phone memory. you can find about this in detail if you search with your phone model.

Warning ! this process might cause your phone DEAD! void warranty and boot-loops

this process is done with specific ROM flasher of that phone brand.

Not the answer you're looking for? Browse other questions tagged internal-storage nexus-7 insufficient-memory .